A Scheduled Monument in Huish, Devon 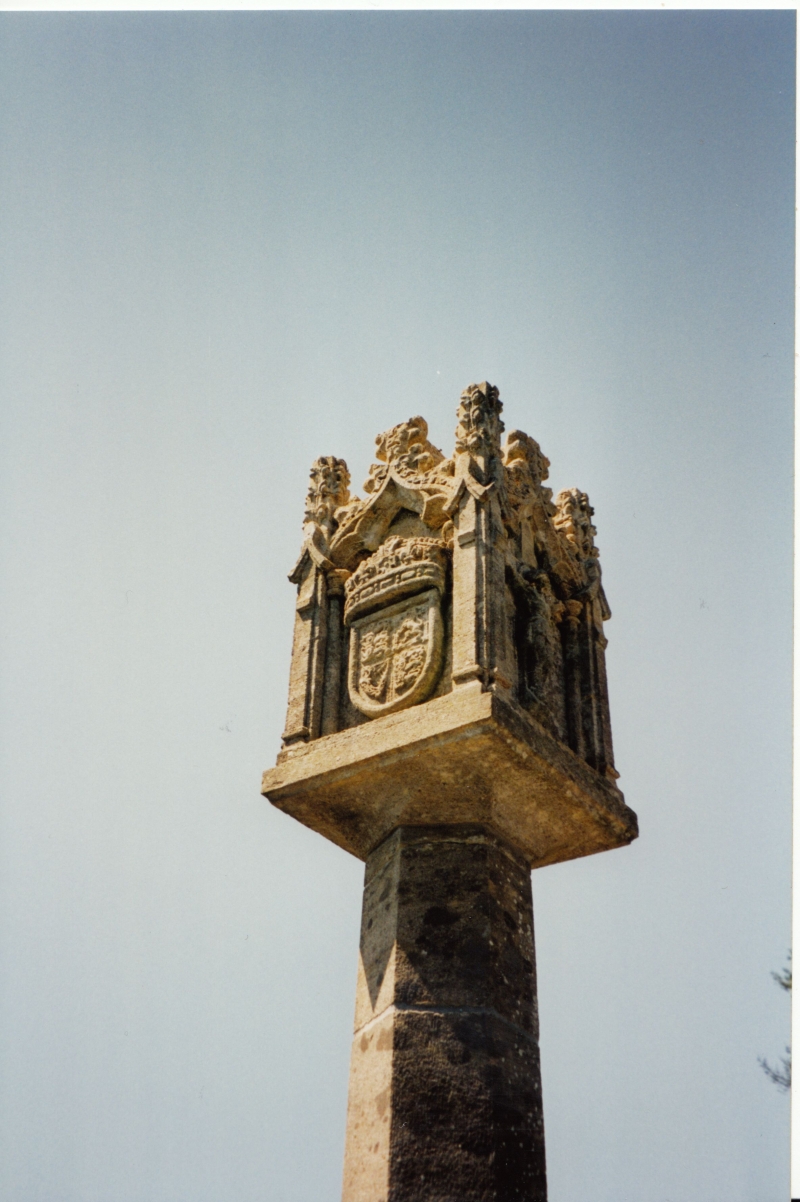 This monument includes a churchyard cross situated 3m south of Huish
church porch and 4m north of the lychgate. The monument survives as an
octagonal pedestal with two steps, a square socket stone and a small modern
cross. The diameter of the bottom step of the pedestal is 1.9m, the length of
each side is 0.72m and it is 0.5m high. It has a chamfered plinth. The upper
step has a diameter of 1.3m, the length of each side is 0.6m and it is 0.45m
high. Both steps have projecting top edges. Within the upper step is a
chamfered square collar which surrounds the base of the socket stone. This
measures 0.83m long by 0.16m high and 0.12m wide and is square in shape.
The socket stone measures 0.64m square, 0.33m high and has a socket hole (now
infilled) which measures 0.25m square.
Within the socket hole is a modern cross of square section which measures
1.09m high.
The cross is Listed Grade II.
Excluded from the scheduling is the metalled path surface where this falls
within the cross's protective margin, although the ground beneath is included.

The churchyard cross 3m from the south porch of Huish church survives well as
a good example of an octagonal pedestal and socket stone of a type common
throughout Devon and thought to date to the 14th to 15th centuries. The
monument is likely to be in its original position and is clearly visible
within the churchyard.