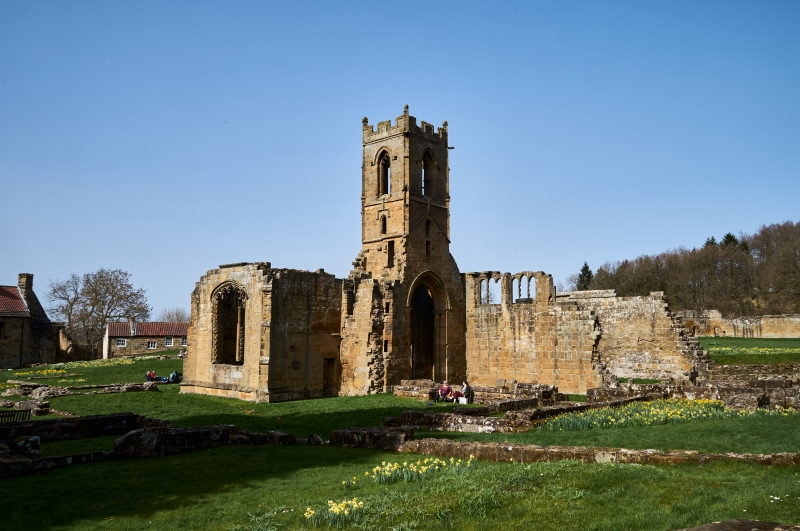 A charterhouse is a monastery of the Carthusians. The order was founded in
the 11th century, the first houses in England being established in the 12th or
13th century. It is a settlement planned to provide a community of
contemplative monks with facilities for worship, accommodation and, to some
extent, subsistence. Carthusian life was centred on solitude and favoured
meditation over communal meeting. In taking this approach to monastic life
the Carthusians were unique amongst orders in the West. In contrast to other
monastic establishments the components of the charterhouse were devoted to
individual accommodation in preference to communal buildings. Most notable
were the individual cells and gardens built for each monk, these being ranged
around a great cloister. In addition to these cells each monastery had a main
church, workshops, guesthouses, kitchens and other buildings, these being
enclosed within some form of boundary.
Like other monasteries, charterhouses were inextricably woven into the fabric
of medieval society, acting not only as centres of worship, learning, and
charity, but also, because of their vast landholdings, as centres of immense
wealth and political influence. Nine charterhouses were established in
medieval England. In view of their rarity and unique form of organisation, all
examples exhibiting archaeological survival are identified as nationally
important.

Mount Grace is by far the best preserved Carthusion monastery in the country.
The well preserved buildings clearly demonstrate how the Carthusian's
arrangement differed from those of other orders.