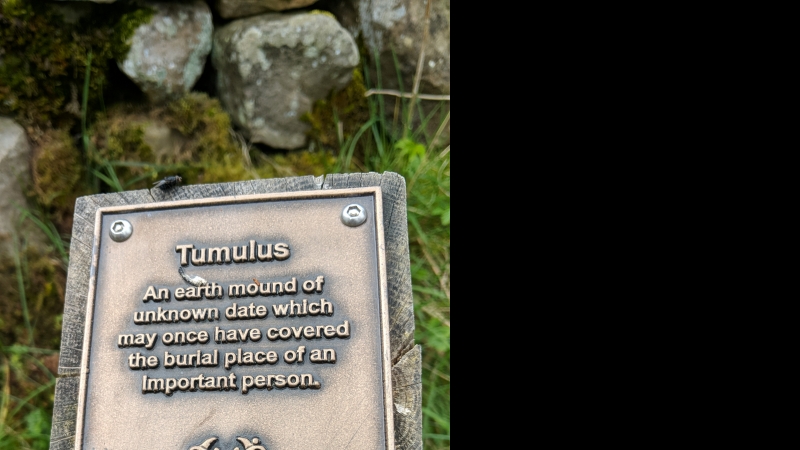 The bowl barrow is situated within meadowland on the lower valley slopes
above the River Swale. It includes a large grass covered oval mound measuring
30m north to south by 26m and 3m high. It is slightly disturbed at its base on
the north east and south west sides by later cultivation terracing.

Although very slightly disturbed around the base this is still a well
preserved monument containing further archaeological remains.