The priory barn: remains of the Benedictine priory at Saint Ives 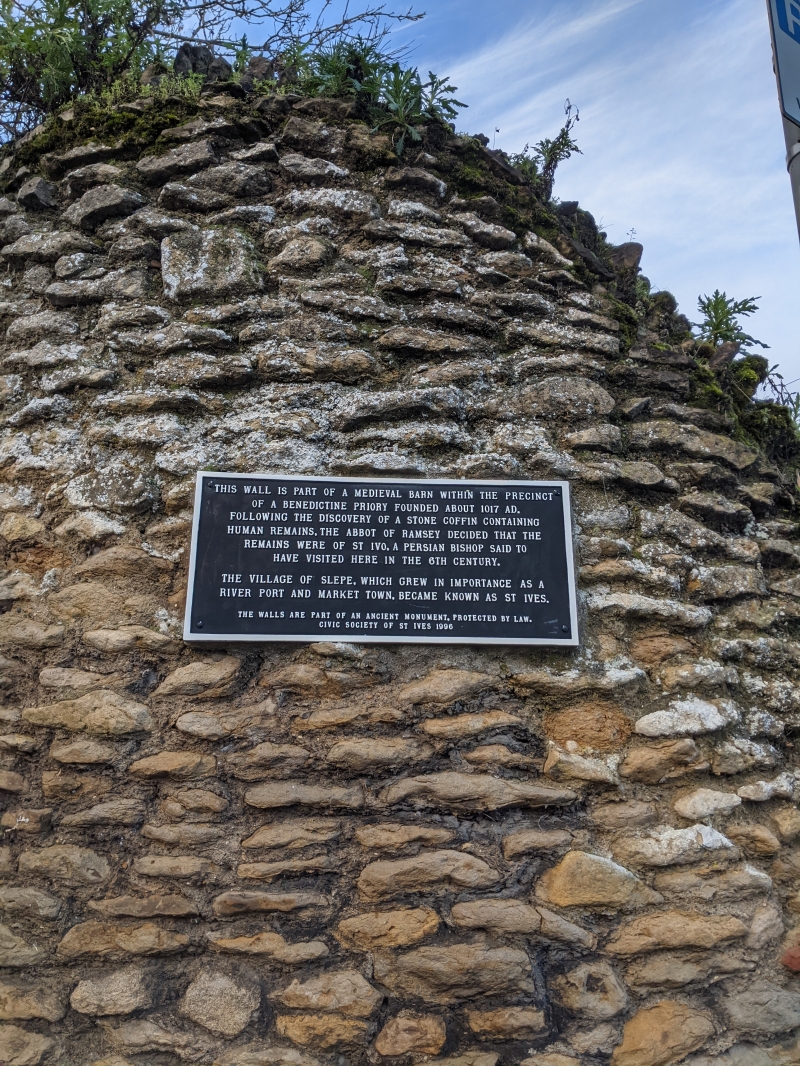 Entry Name: The priory barn: remains of the Benedictine priory at Saint Ives

Saint Ives priory is well documented from the 12th century until the
Dissolution, and its early foundation in the pre-Conquest period is of
particular interest. The priory barn is the only structure associated with the
monastic foundation to remain visible, and is therefore of considerable
importance as tangible evidence for the priory's location. The remaining walls
indicate the former dimensions of the structure and retain architectural
details indicative of its function and period of construction. The foundations
of the demolished walls, and evidence of floor surfaces will be preserved
beneath Priory House and the adjacent car park. The importance of the barn is
enhanced by evidence for an earlier structure known to exist beneath the
foundations of the walls, which is of particular importance for the study of
the priory's development. The barn is a significant component of the monastic
establishment, and provides information concerning the economy of the priory
in relation to the development of the town as a principal river port and
market. Its survival enhances the historic character of the modern town.