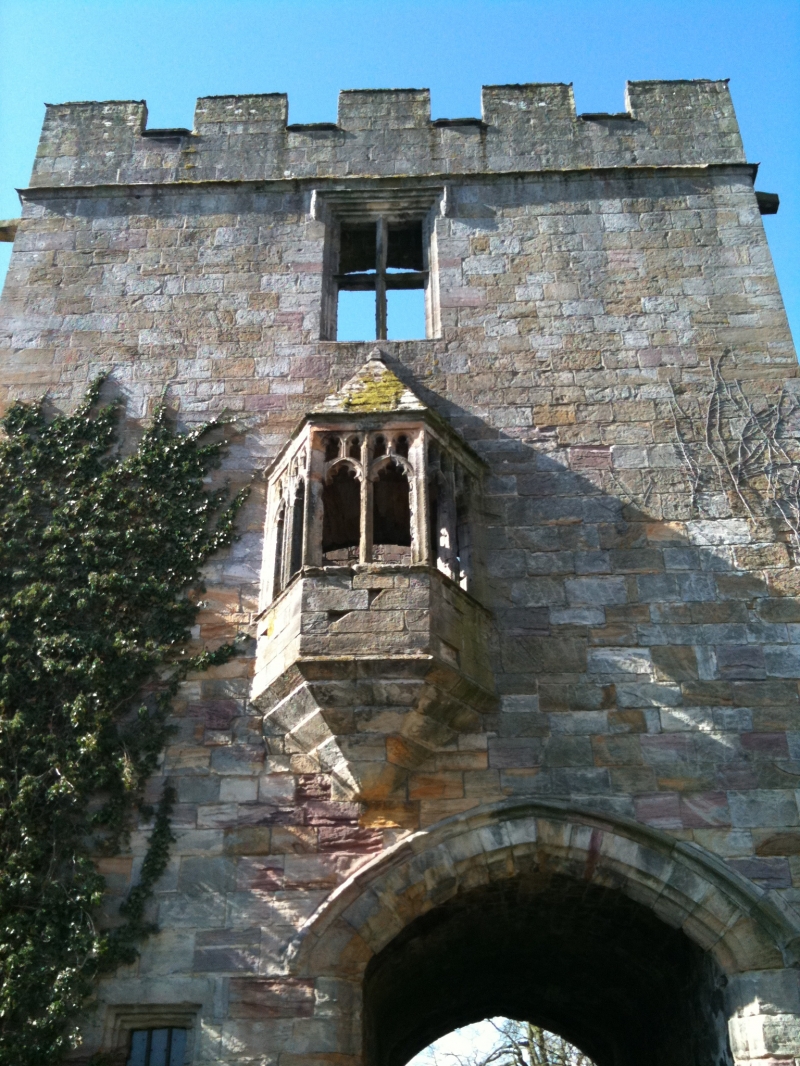 Marmion Tower is situated in the village of West Tanfield, next to the parish
church and on the north bank of the River Ure. The tower is the fifteenth
century gatehouse of the now demolished Tanfield Castle. The monument, at
this time, comprises the tower and the ground beneath it only, as the precise
location of the castle, which was a fortified manor house of the Marmion
family, has not yet been located.
The tower is a three storey building, roughly square in plan, with a
projection at the north-west corner containing a newel stair. The gateway is
barrel vaulted and has a guardroom to the south. The stair leads to the rooms
above and ends in a turret above the battlements of the gatehouse. The tower
is a Grade I Listed Building and has been in State care since 1927.
Excluded from the scheduling are all English Heritage fittings such as grilles
and notices and the gates leading to the Old Rectory. The ground beneath
these fittings is, however included.

Fortified manors are the residences of the lesser nobility and the richer
burgesses and date from the late twelfth century and throughout the rest of
the Middle Ages. Generally they comprise a hall and residential wing,
domestic ranges, and fortifications such as a moat or crenellated wall or
both. A gatetower was a common feature of the better equipped and the
gatehouse of Tanfield Castle fortified manor, known as Marmion Tower, is an
important and impressive example, being largely intact.