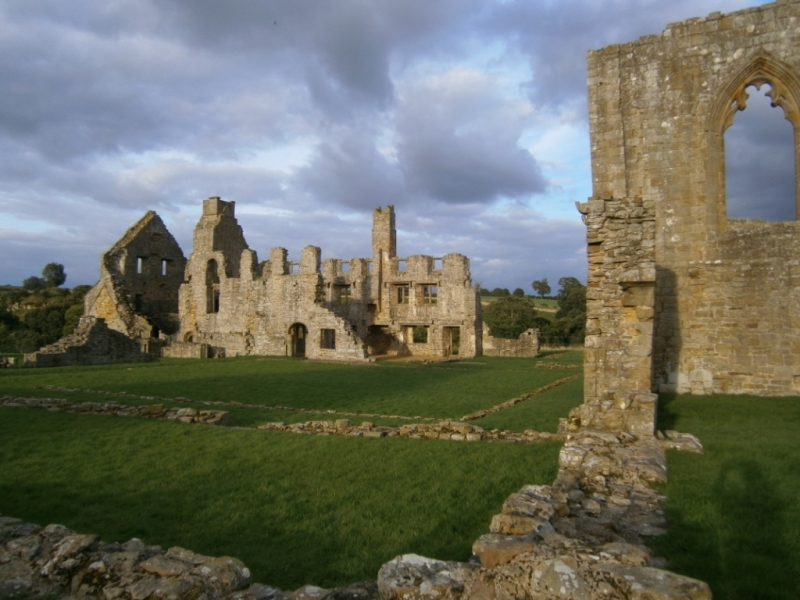 From the time of St Augustine's mission to re-establish Christianity in AD 597
to the reign of Henry VIII, monasticism formed an important facet of both
religious and secular life in the British Isles. Settlements of religious
communities, including monasteries, were built to house communities of monks,
canons (priests), and sometimes lay-brothers, living a common life of
religious observance under some form of systematic discipline. It is estimated
from documentary evidence that over 700 monasteries were founded in England.
These ranged in size from major communities with several hundred members to
tiny establishments with a handful of brethren. They belonged to a wide
variety of different religious orders, each with its own philosophy. As a
result, they vary considerably in the detail of their appearance and layout,
although all possess the basic elements of church, domestic accommodation for
the community, and work buildings. Monasteries were inextricably woven into
the fabric of medieval society, acting not only as centres of worship,
learning and charity, but also, because of the vast landholdings of some
orders, as centres of immense wealth and political influence. They were
established in all parts of England, some in towns and others in the remotest
of areas. Many monasteries acted as the foci of wide networks including parish
churches, almshouses, hospitals, farming estates and tenant villages. The
Premonstratensian order, or "White Canons", were not monks in the strict sense
but rather communities of priests living together under a rule. The first
Premonstratensian establishments were double houses (for men and women), but
later they founded some 45 houses for men in England. The Premonstratensian
order modelled itself on the Cistercian values of austerity and seclusion and
founded all its monasteries in rural locations.

Egglestone Abbey is an important example of a small Premonstratensian house
founded for a community of men. Although its standing remains survive only
moderately well, having been robbed of stone in the early 20th century,
the remains of a wide variety of monastic buildings have been retained and
provide a good illustration of an unusual form of monastery. The buried
remains of additional buildings and features survive beyond the cloister
ranges and include monastic field enclosures. The remains also retain evidence
of the transition from medieval monastery to post-medieval house.