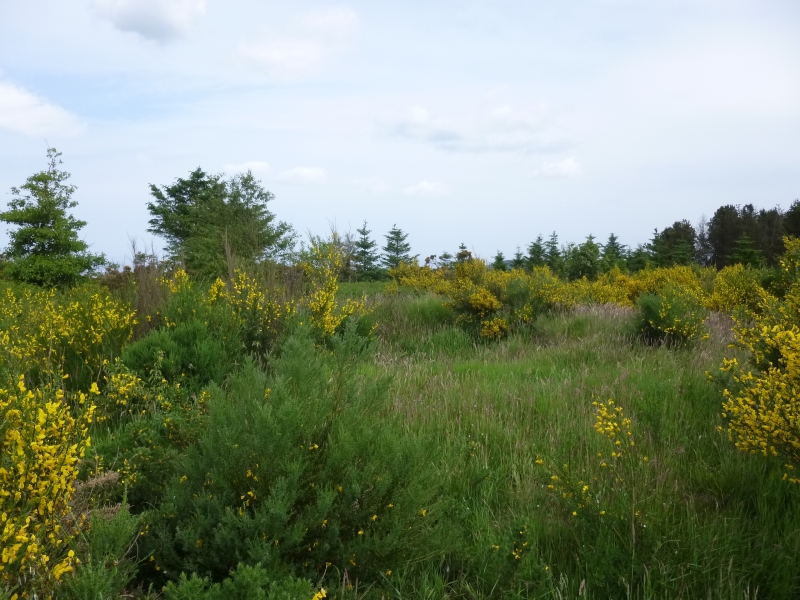 This view is looking in an easterly direction and though not easy to pick out the barrow is in the centre of the photo. This barrow is quite difficult to access being in clearing in an almost impenetrable forested area, at least it was the way I approached it which was through the forest. Though difficult to make out in the photos it actually stands out very clearly at the location itself . In fact if the undergrowth was ever cleared away, gorse and the like it would be very distinguishable for what it is