A Scheduled Monument in Loggerheads, Staffordshire 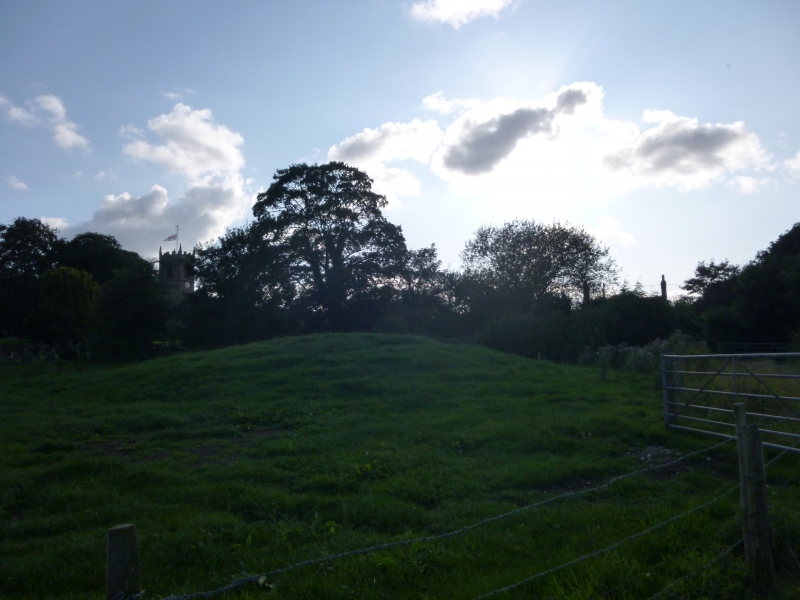 The monument has been identified as a bowl barrow and is situated 70m
north east of St John the Baptist's Church in the village of Ashley. The
mound stands to a height of 1.8m and is 20m in diameter; it is 9m in
diameter across its flattened top. Although no longer visible at ground level,
a ditch, from which material was quarried during the construction of the
monument, surrounds the mound. This has become infilled over the years but
survives as a buried feature, approximately 3m wide. The monument is known
locally as the 'Auctioneer's Mound' and is the setting for a church service
once a year on Plough Sunday.
The fence posts on the south eastern edge of the monument are excluded from
the scheduling, but the ground beneath these features is included.

Auctioneer's Mound is well preserved and will retain important evidence for
the character and duration of its use and of the environment in which it was
created. The monument has been reused over an extended period of time and has
a recognised place in the activities of the modern community.

Books and journals
Gunstone, A J H, 'The North Staffordshire Journal of Field Studies' in An Archaeological Gazetter of Staffordshire: The Barrows, , Vol. 5, (1965), 32