A Scheduled Monument in Acton Trussell and Bednall, Staffordshire 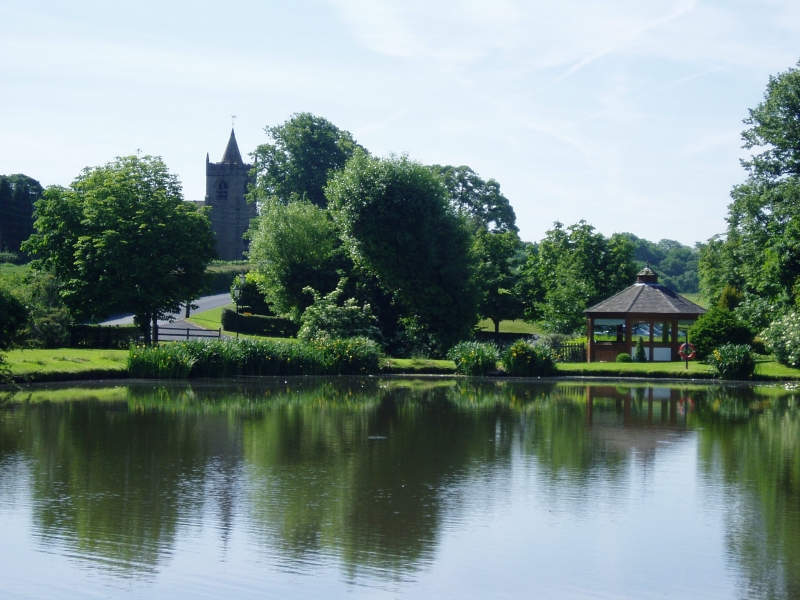 The monument includes the moated site situated 180m north-west of St James's
Church in the wide valley of the River Penk. The site was originally
surrounded by water on all four sides and had this configuration until the
later 18th century.
Two arms of the moat, the northern and eastern, are visible on the ground
surface and both are waterfilled. There is a slight external bank on the
eastern edge of the site. The location of the original access to the island is
uncertain but access is currently via a causeway at the north-eastern corner
of the monument. The earthwork at the southern end of the eastern arm of the
moat may represent an embankment connected with access onto the island. The
Staffordshire and Worcestershire Canal was constructed on the lines of the
original western and southern arms of the moated site. The line of the canal,
however, was subsequently straightened and the canal bed on the line of the
original southern arm of the moat was filled in. Neither the existing canal
along the west side of the site, nor its earlier line along the south side of
the site are included within the scheduling. An excavation in August 1989
located what is considered to be the south-western corner of the moated
island.
The present house on the site, the Moat House, is a Grade II listed building
of the late 15th century with 18th-century alterations and is known to stand
on the site of the manor house of the Trussell family. After 1500 the manor
passed to the Earls of Oxford.
Excluded from the scheduling are Moat House Farm and its associated
outbuildings, the tarmac surfaces of the car park and access roads onto the
platform, the lamp-posts and the paved area to the south of Moat House Farm
but the ground beneath all these features is included.

Although the southern and western arms of the moated site at Moat House Farm
have been destroyed, the two remaining arms and the moated island survive in
good condition. The monument will retain important structural and artefactual
evidence for the type and period of occupation and for the economy of its
inhabitants.