A Scheduled Monument in Clun, Shropshire 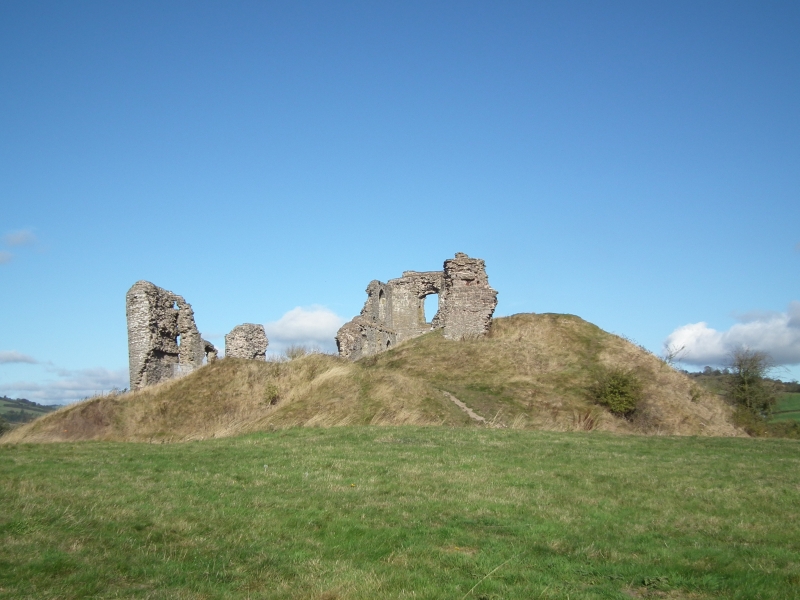 Clun Castle with its second bailey and medieval garden earthworks is one of
the finest examples of its class in the county. The castle earthworks will
contain valuable archaeological evidence concerning their method of
construction and the nature and periods of the castle's occupation. The
substantial ruined buildings which survive on the motte will contain
significant details relating to the dating and function of Clun Castle and to
the development of castle architecture more widely. The earthworks on the west
bank of the River Clun are rare examples of late medieval gardens. They
survive in good condition and provide valuable information both for the layout
of individual garden features relative to each other and relative to the
castle, the setting for which they provided. As they are waterlogged, they
will provide rare evidence for the plants they contained, in the organic
deposits in the bases of the ditches. The site, taken as a whole, also
illustrates, particularly, how water was used both for practical and
decorative purposes.
Environmental material relating to the landscape in which the monument was
constructed will be preserved sealed on the old land surface beneath the
ramparts and in the ditch fills.