A Scheduled Monument in Haltham, Lincolnshire 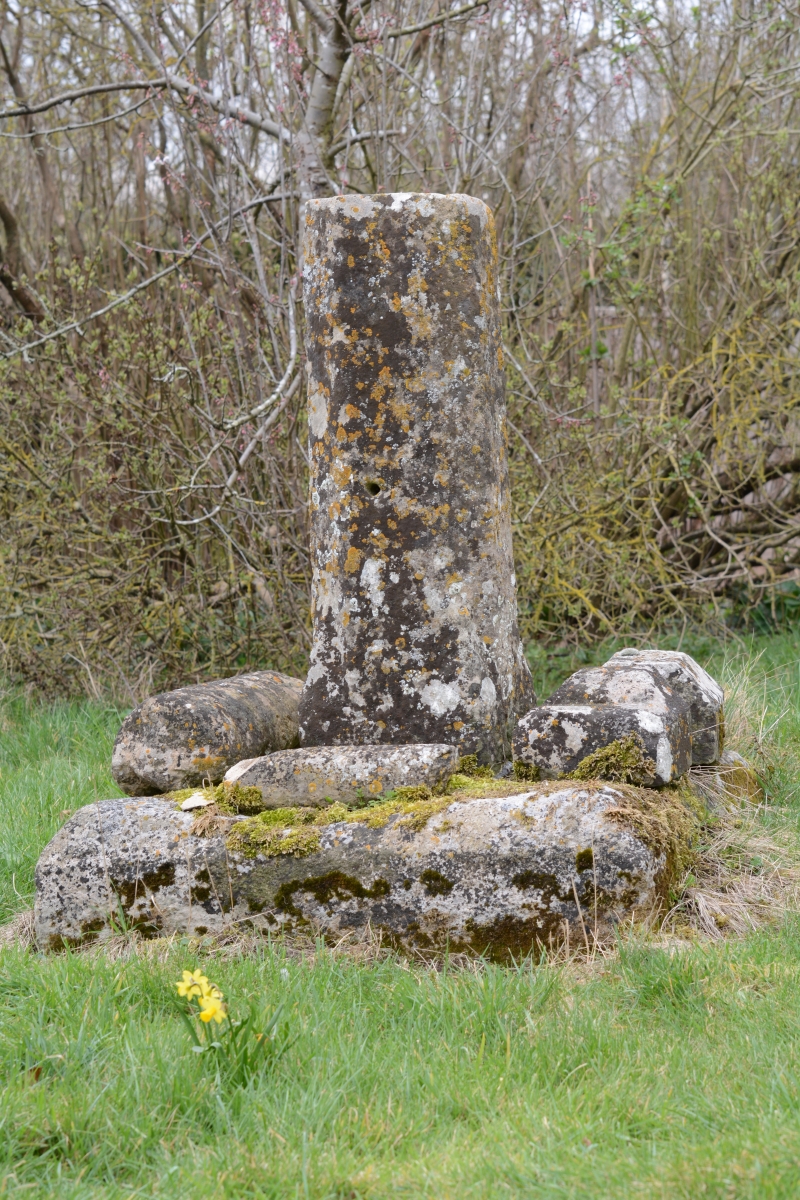 The monument includes the remains of a standing stone cross located in the
churchyard of St Benedict's Church, Haltham, approximately 8.5m south of the
nave. The cross is medieval in date and is constructed of limestone. The
monument includes the foundation and base of the cross and part of the shaft.

The foundation of the cross takes the form of a solid substructure, buried
beneath the turf, which extends 0.2m beyond the base on all sides. The base
consists of a socket stone, a single limestone block approximately 0.9m square
in section and standing to a height of about 0.23m above the ground surface.
The upper edge of the stone is chamfered. Set into the centre of the
socket stone with lead is the shaft fragment, 0.29m square in section at the
base rising through moulded and chamfered corners in tapering octagonal
section to a height of 0.88m. The top of the shaft fragment is flat and
contains a number of small holes, in some of which are the remains of metal
fittings of post-medieval date. At the bottom of each of the north and south
faces of the shaft, and in the middle of the east face, are similar holes. The
full height of the cross is about 1.1m. The cross is Listed Grade II.

The loose fragments of stonework which lie within the area of the scheduling,
and which may have originated as part of the cross, have been retrieved from
elsewhere and are excluded from the scheduling.

The churchyard cross at St Benedict's Church, Haltham, is a good example of a
medieval standing cross with a quadrangular base and octagonal shaft. Situated
on the south side of the church, it is believed to stand in or near its
original position. Limited activity in the area immediately surrounding the
cross indicates that archaeological deposits relating to the monument's
construction and use are likely to survive intact. The cross has been little
altered in modern times and has continued in use as a public monument and
amenity from medieval times to the present day.