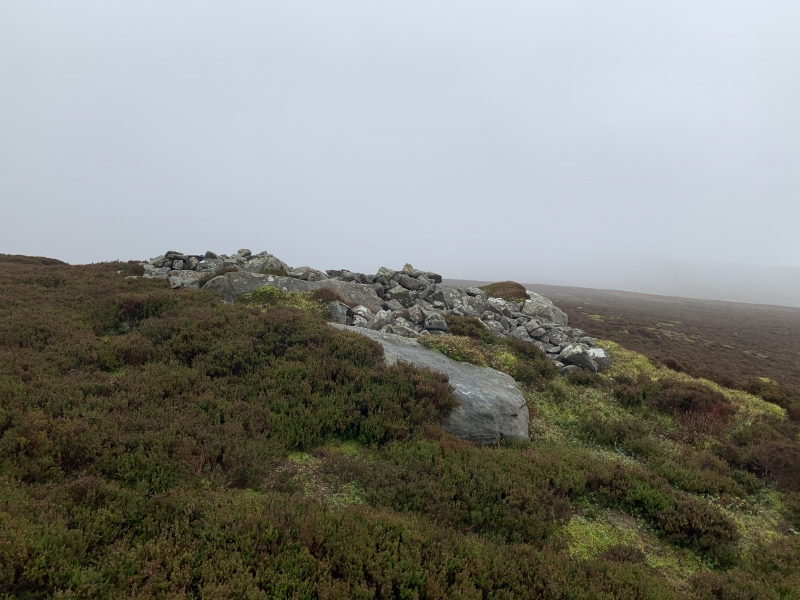 The monument is situated in a prominent position on the west side of Barden
Fell overlooking Wharfedale. The cairn has a diameter of 10.5m and height of
1.5m on the west side where it has been built to include a large erratic
boulder. On the east side it is between 0.2m and 0.5m high. Another large
boulder is situated on the north edge of the cairn. The centre of the cairn is
much disturbed; stones have been removed to build up the sides of the monument
to create a windbreak. A few stones remain in the centre, protruding from the
heather and a well defined kerb of stones is visible around the eastern edge
of the monument.