'The Hills' motte and baileys 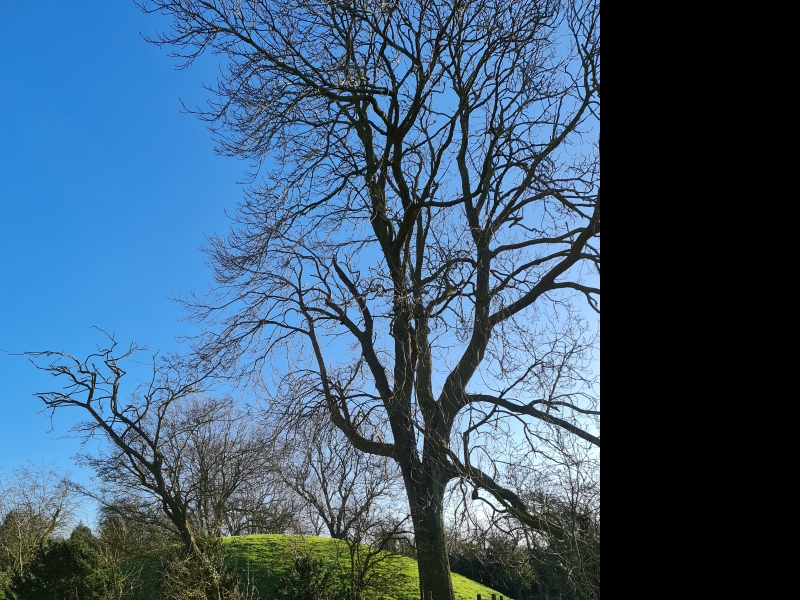 The castle known as `The Hills' is a motte with two baileys located to the
north-east. The motte is an earthen mound about 25m in diameter and almost 5m
high from the bottom of the encircling ditch. This ditch is about 10m wide
and 1m or so in depth. (The motte was the central stronghold of the castle
and would have held a stout wooden tower.) The inner bailey is in the form of
an island, fortified by an extension of the motte ditch, and is kidney-shaped
in plan, measuring 50m long by up to 20m wide. The bailey is raised to a
level of 2-2.5m above the bottom of the ditch. Beyond the inner bailey,
separated by a 10m wide ditch, is a second, outer bailey. This is larger and
roughly triangular, measuring about 60m north-south, by 40m wide at is south
end. The outer bailey is also lower, being only 1m or so above the bottom of
the ditch, but is strengthened on the north-east side by a bank 0.5-1m in
height. (The respective decline in height was intentional, enabling a clear
line-of-sight from the top of the motte with no potential blind-spots to
shield attacking forces.) The defensive ditch completes its circuit around the
eastern side of the bailey and at the north-east corner is the remains of a
leat which once supplied water to the ditch. This leat is about 8m long by 3m
wide and 1m deep.
The castle is considered to date to the reign of Stephen and to have been
beseiged by him in 1138, during the seige of Bedford.

`The Hills' is a very well preserved motte and bailey castle which is
essentially undisturbed and retains high archaeological potential. It is
one of few such monuments in Bedfordshire which have clearly documented links
with historical events.