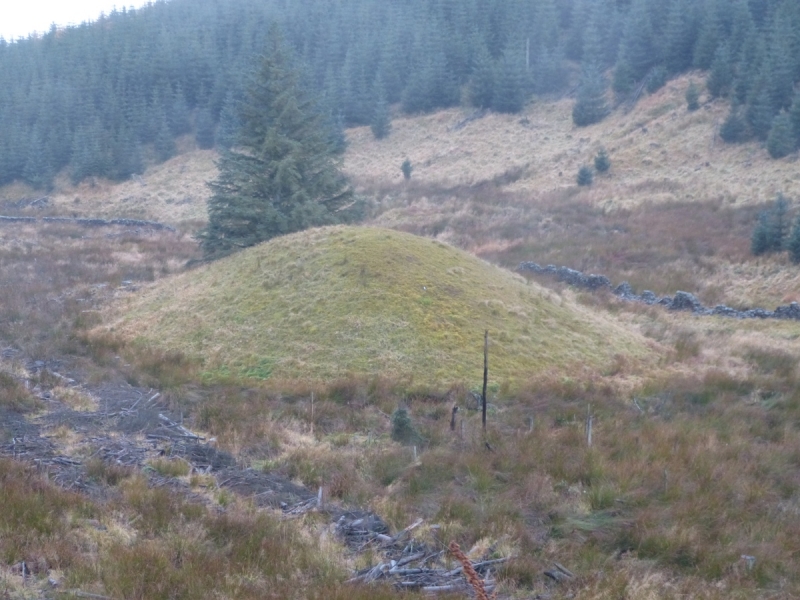 The monument includes a bowl barrow located within Gisburn Forest immediately
to the east of Brown Hills Beck. It includes an oval earthen mound up to 10m
high with maximum dimensions of 40m by 30m. The monument's long axis is
aligned along the valley.

Despite some erosion of the monument's western side, the bowl barrow east of
Brown Hills Beck survives reasonably well. It is not known to have been
excavated and will therefore contain undisturbed archaeological deposits
within the mound and upon the old landsurface beneath.