A Scheduled Monument in Eyam, Derbyshire 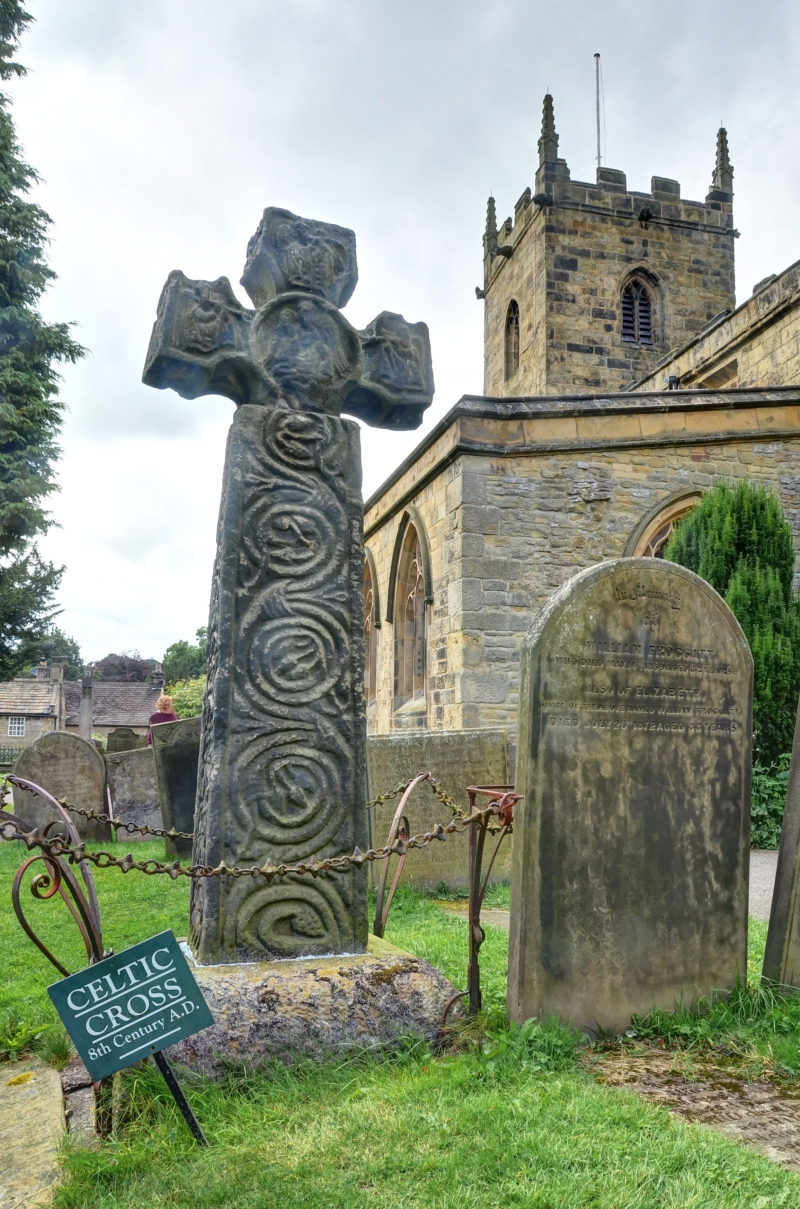 There seems to be some disagreement as to whether this cross is Celtic or Anglo-Saxon. Its age also seems to be in doubt as it is given on the churchyard sign as 8th century, whereas English Listed Buildings says it is early 9th century. But I've known ELB to get dates wrong before.

According to Wikipedia it is "an Anglo-Saxon cross in Mercian style dated to the 8th century, moved there from its original location beside a moorland cart track. Grade I listed and a Scheduled Ancient Monument, it is covered in complex carvings and is almost complete, but for a missing section of the shaft."

English Listed Buildings says the cross is Celtic. There are figurative scenes including the Virgin and Christ, an angel with a trumpet, and carved angels on the head of the cross.

All Celtic crosses that I've seen are circular in shape, and it does look as though pieces of stone may well have been broken off the top of the cross at the sides. But what is a Celtic cross doing in Derbyshire?

Uploaded by Baz Richardson on 16 August 2016