A Scheduled Monument in Chisworth, Derbyshire 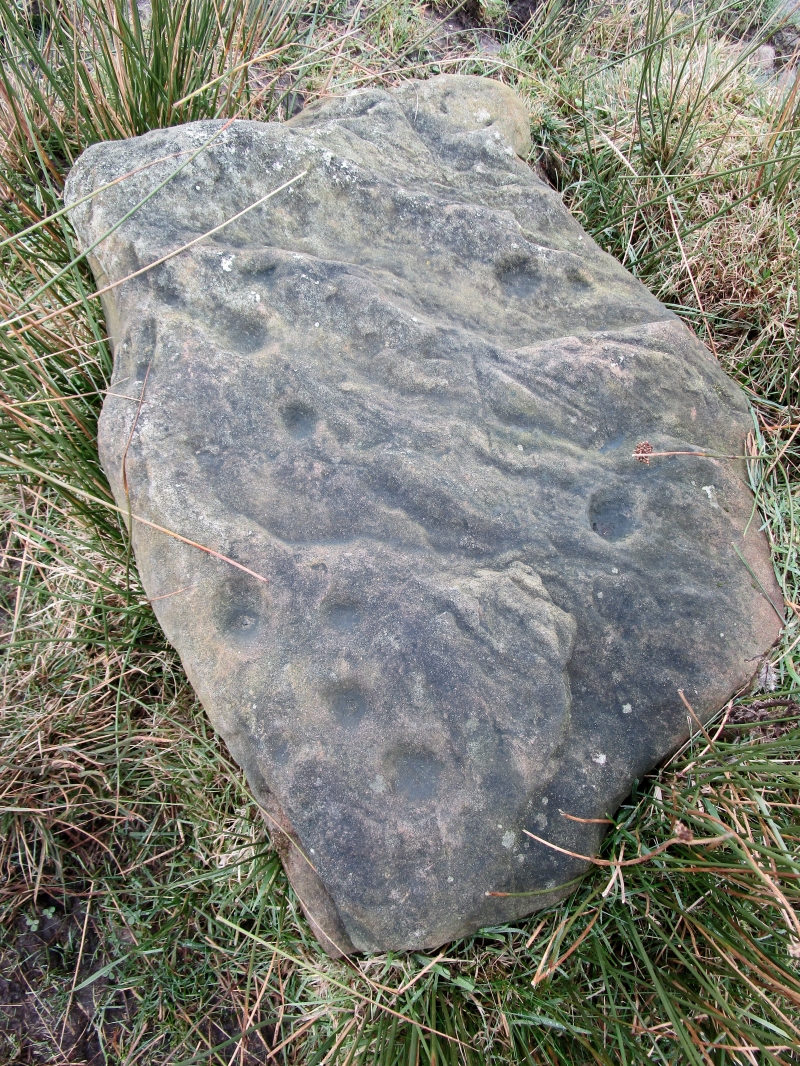 The monument is located on the north west margins of the western gritstone
moorlands of the Derbyshire Peak District and includes a gritstone boulder
decorated with a total of nine cup-marks, each measuring c.3cm wide and c.2cm
deep. The boulder is roughly rectangular, measuring a maximum of 86cm by 64cm,
and lies on the line of a spring which follows the 330m contour. The location
of the stone indicates that it may have been a boundary feature associated
with a Bronze Age settlement or field system. Further Bronze Age features will
survive as earthworks and buried remains throughout the adjacent moorland but
have not been included in the scheduling as their extent and state of
preservation are not sufficiently understood. The ground underneath the stone
is included in the scheduling.

The cup-marked stone east of Robin Hood's Picking Rods is a well-preserved and
rare example of Peak District prehistoric rock art. Not only is it one of only
a very small number of in situ examples found in the Peak District, it is the
only evidence so far identified of Bronze Age settlement on this part of the
gritstone moors.