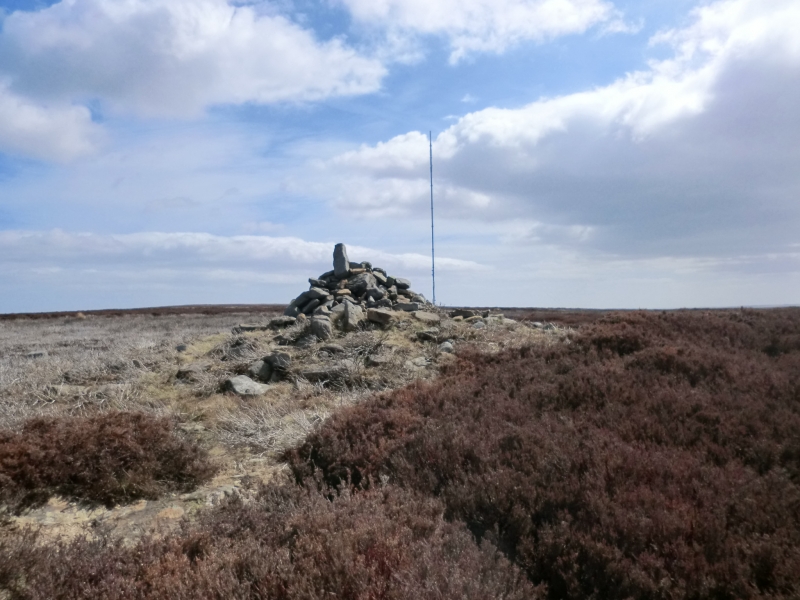 The monument includes a round barrow situated in a prominent position on the
east edge of Bilsdale West Moor overlooking Bilsdale.
The barrow has an earth and stone mound standing 1m high. It is round in
shape and is 10m in diameter. There is a prominent stone kerb visible around
the mound. In the centre of the mound is a modern stone cairn standing 1.1m
high. The mound was surrounded by a ditch up to 3m wide which has become
filled in over the years and is no longer visible as an earthwork. Immediately
on the west side of the mound is a track with deep side ditches cutting into
the area of the barrow ditch.
It is one of many similar barrows on this area of the Hambleton Hills. Many of
these lie in closely associated groups, particularly along the watersheds.
They provide evidence of territorial organisation marking divisions of land
divisions which still remain as some parish or township boundaries.
The surface of the track is excluded from the scheduling although the ground
beneath is included.