A Scheduled Monument in Burford, Shropshire 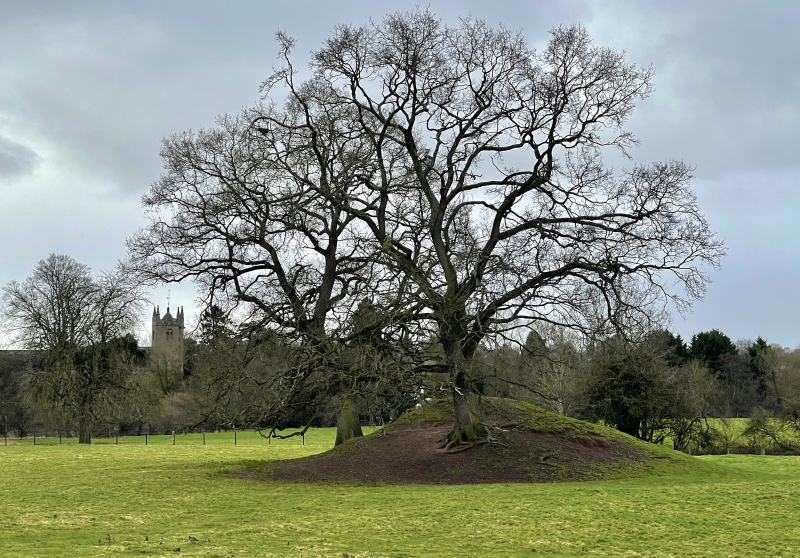 The monument includes a small motte castle and an earthen causeway standing on
the flood plain of the River Teme. The motte is visible as a well defined
earthen mound 25m in diameter at base rising 3.6m high to a level summit 4m in
diameter. There is no ditch surrounding the mound, rather it stands on a
slight island raised 0.8m above the surrounding level of the flood plain. This
raised platform is linked to the northern edge of the flood plain by the
remains of an earthen causeway which runs from the north east edge of the
platform as a low spread bank 8m wide and 0.4m high, orientated north east to
south west.

The motte castle on the flood plain of the River Teme, 150m west of Teme
Bridge survives well and is a good example of its class. It will contain
archaeological information relating to its construction and occupation and
environmental evidence relating to the landscape in which it was constructed.
Its position on the flood plain may have resulted in the preservation of
organic materials sealed in the waterlogged deposits beneath the mound and
beneath the causeway. The motte is one of a group of such monuments which lie
along the valley of the River Teme, positioned to control crossing places. As
such, it offers valuable information relating to the management of the valley
during the early medieval period.