A Scheduled Monument in White Waltham, Windsor and Maidenhead 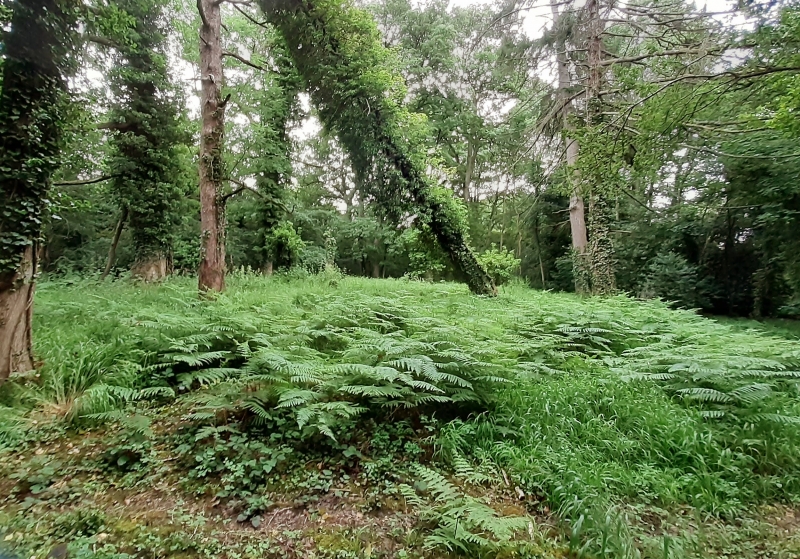 The monument includes the remains of a bowl barrow situated on a low west
facing hillslope. The barrow mound survives as a well defined, flat topped
mound, with a diameter of 24.5m and stands to a height of 0.8m. Surrounding
the mound is a ditch, from which the material for the mound would have been
quarried. This has become infilled over the years but survives as a slight
earthwork 2m wide around the north-east quarter of the mound, elsewhere it
survives as a buried feature.

Despite disturbance to the surface of the barrow mound, Maidenhead Thicket
round barrow survives comparatively well with potential for the recovery of
archaeological material and for environmental evidence relating to the
landscape in which the monument was constructed.