A Scheduled Monument in Skelton and Brotton, Redcar and Cleveland 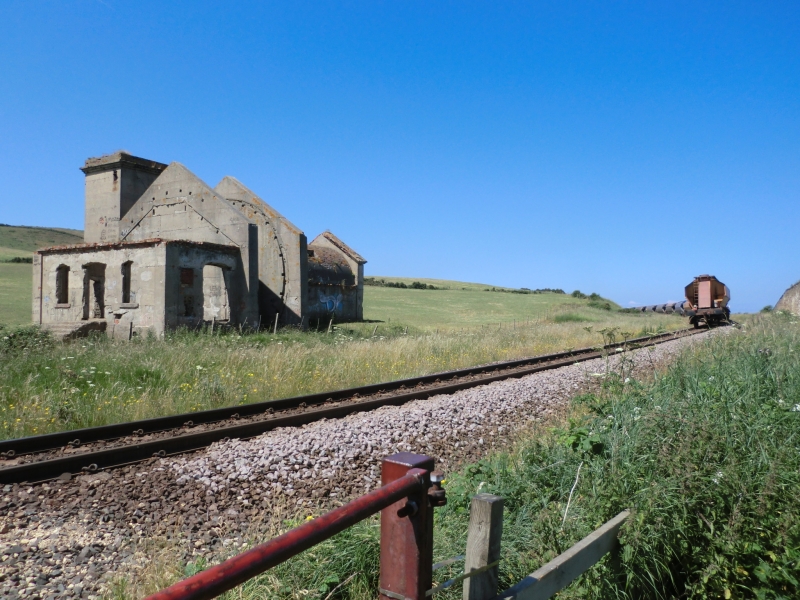 The train just disappearing around the corner on the goods only railway line in front of the fanhouse is carrying potash from the Boulby Potash Mine about 5 miles to the South East . It is probably going to Teesport which handles most of the bulk export cargo from the mine, via a specific potash and rock salt terminal. As well as export it supplies the UK with over half of its potash requirements. So while Ironstone is no longer mined in the Cleveland area with the last pit to close being North Skelton in 1964 , the mining legacy of the area lives on.