A Scheduled Monument in Hedgeley, Northumberland 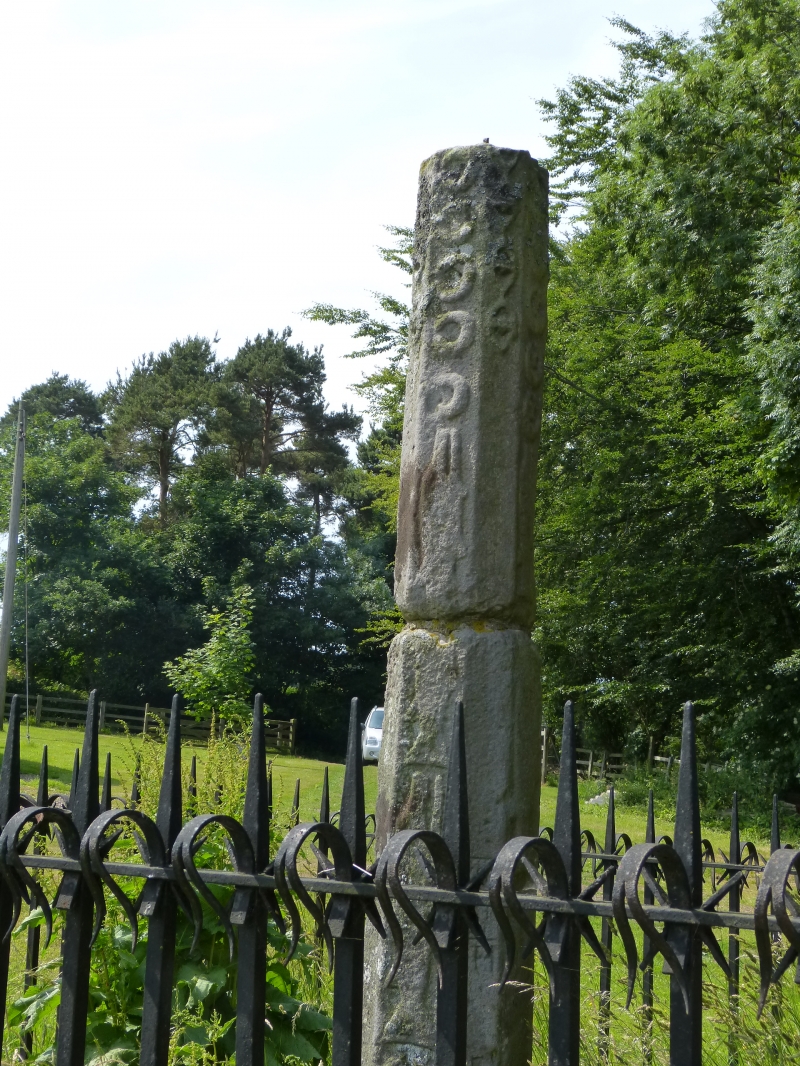 This record was the subject of a minor enhancement on 16 May 2016. This record has been generated from an "old county number" (OCN) scheduling record. These are monuments that were not reviewed under the Monuments Protection Programme and are some of our oldest designation records.

The monument includes a wayside cross of medieval date situated on the fringes of Hedgeley Moor. The sandstone cross stands to a height of roughly 3m and includes a square socket stone at its base with a shaft above. The head of the cross is missing. The shaft has chamfered corners and each face has relief carvings of emblems of the Percy family. The cross was erected to commemorate Sir Ralph Percy who fell at the battle of Hedgeley Moor in 1464.

Wayside crosses are one of several types of Christian cross erected during the medieval period, mostly from the 9th to 15th centuries AD. In addition to serving the function of reiterating and reinforcing the Christian faith amongst those who passed the cross and of reassuring the traveller, wayside crosses often fulfilled a role as waymarkers, especially in difficult and otherwise unmarked terrain. The crosses might be on regularly used routes linking ordinary settlements or on routes having a more specifically religious function, including those providing access to religious sites for parishioners and funeral processions, or marking long-distance routes frequented on pilgrimages. Over 350 wayside crosses are known nationally. All wayside crosses which survive as earth- fast monuments, except those which are extremely damaged and removed from their original locations, are considered worthy of protection.

Percy’s Cross not only has merit as a standing medieval wayside cross, it also commemorates the death of Sir Ralph Percy at the battle of Hedgeley Moor. The battle was part of the War of the Roses and was a key event in a formative period of English history. The monument contributes significantly to our understanding of medieval religious customs, sculptural traditions, medieval routeways and to our knowledge of the social and political upheaval caused by the War of the Roses.