A Scheduled Monument in Kyloe, Northumberland 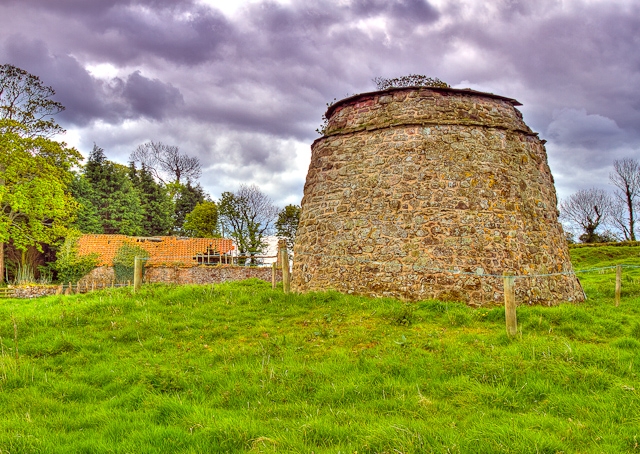 The monument includes the remains of a dovecote of late medieval/early post-medieval date, situated on gently sloping ground just north west of the village of Buckton. The dovecote is of tun-bellied type and is beehive-shaped with an internal diameter at its base of 3.6m. The dovecote has a door on its south side and the remains stand to a height of approximately 3m to 4m with the north side being substantially preserved and with portions of the other sides remaining. The dovecote has 12-13 rows of nest holes surviving, making a total of roughly 250. The dovecote was first mentioned in documentary sources in 1626. Buckton Dovecote is a listed building Grade II.

Dovecotes are specialised structures designed for the breeding and keeping of doves as a source of food and as a symbol of high social status. Most surviving examples were built in the period between the 14th and the 17th centuries, although both earlier and later examples are documented. They were generally freestanding structures, square or circular in plan and normally of brick or stone, with nesting boxes built into the internal wall. They were frequently sited at manor houses or monasteries. Whilst a relatively common monument class (1500 examples are estimated to survive out of an original population of c.25,000), most will be considered to be of national interest, although the majority will be listed rather than scheduled. They are also generally regarded as an important component of local distinctiveness and character.

Buckton Dovecote is of an uncommon tun-bellied type. The monument provides information on the keeping of doves as a source of food, an important practice during the late medieval and early post-medieval periods.