A Scheduled Monument in Morpeth, Northumberland 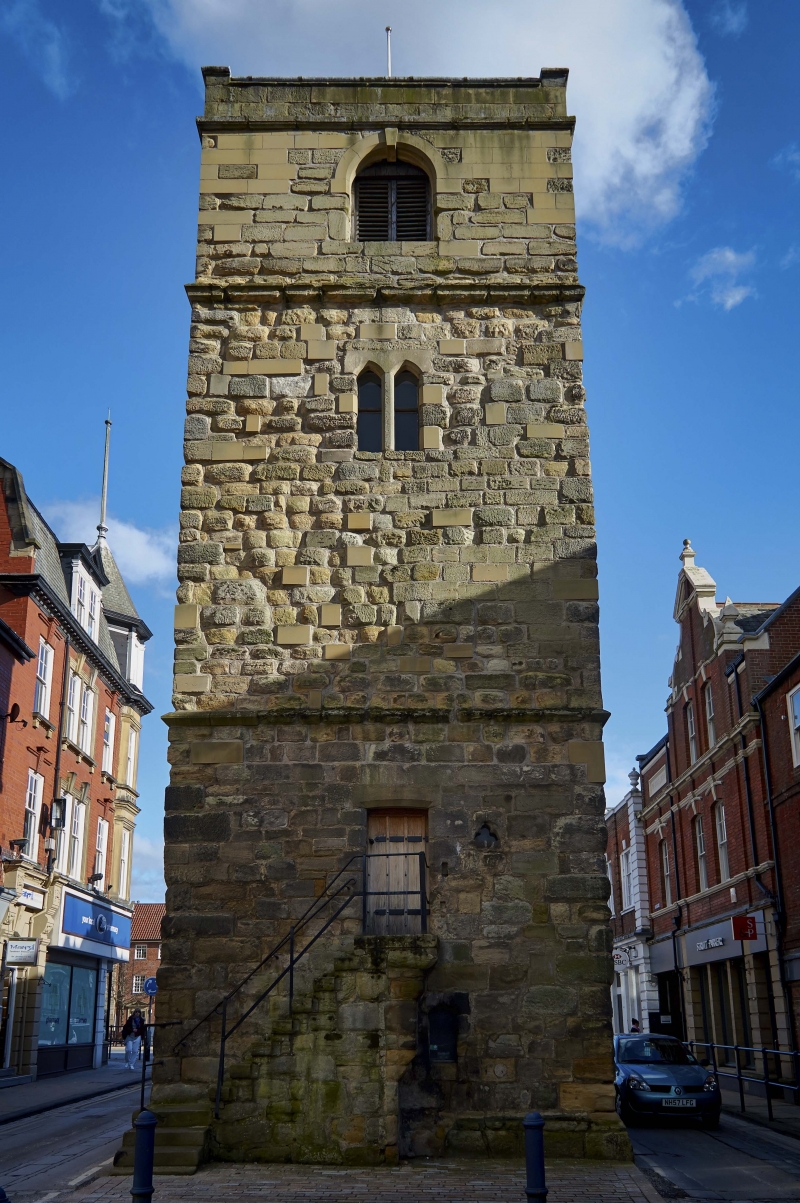 This monument includes a clock tower of 17th-18th century date, known as Clock House, situated on Oldgate, Morpeth. The tower is square in plan measuring roughly 5.6m by 5.6m and stands to three storeys and a height of approximately 16.4m. The walls are 0.93m thick at basement level. The tower is constructed from square stone blocks. On its east side there is a two-leaf boarded door in a Tudor-arched surround. The first floor has a round-arched recess, above which bears an inscription recording repairs in 1760. The clock is situated on the second floor and the bells on the third floor. The west side has outside stone steps leading to the first floor and the small cusped head of a 14th century window. The tower is topped by a parapet with moulded coping and with stone figures in 18th century dress, which stand on each corner
The lower portion of the tower was constructed in the 14th-15th century. It was heightened to its current height in the 17th century. The clock is believed to have been bought from Bothal Castle and the bells were given in about 1705. The lowest floor was used as a prison until the early 19th century. The clock tower is a listed building Grade II*.

The clock tower on Oldgate is a central landmark building in Morpeth and a well preserved example of a post-medieval clock tower with few later alterations. The lower portion of the tower is medieval and provides insight into the medieval history of the town. The structure of the monument will contain archaeological information relating to its construction and use and provides insight into the use of post-medieval municipal buildings.