A Scheduled Monument in Bodedern, Isle of Anglesey (Ynys Môn) 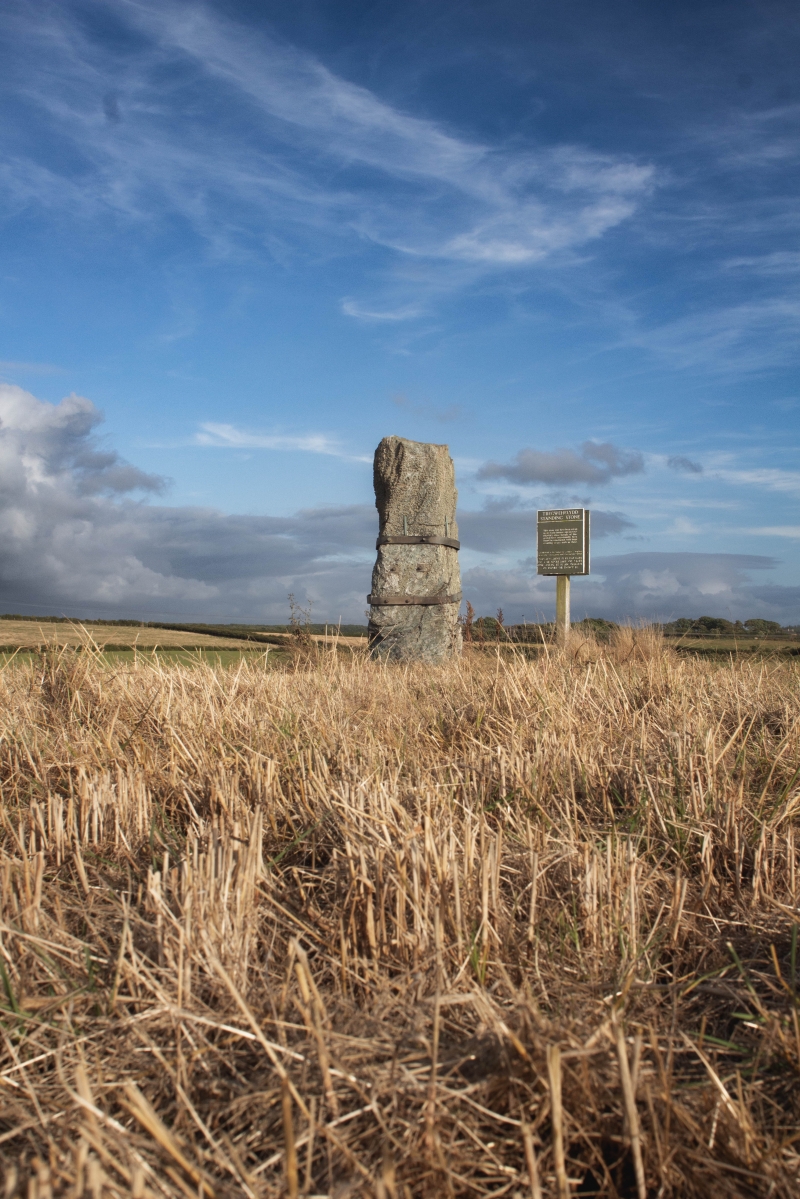 The monument consists of a standing stone 2.5 m high, 1.0 m wide and 0.75 m thick, probably dating to the Bronze Age (c.2300 - 800 BC). It is situated on top of a low hill, close to the Afon Alaw. The stone is broken into three parts, and is held together by iron bands. A concrete platform has been laid around the base. A report of 1911 states that the stone was then leaning at an angle of 45 degrees, whereas it is now vertical. This same report records another large stone lying close by, and a block of sandstone underlying the standing stone. The stone was formerly known as Maen y Gored.

The monument is of national importance for its potential to enhance our knowledge of prehistoric burial and ritual practices. It is an important relic of a prehistoric funerary and ritual landscape and retains significant archaeological potential. There is a strong probability of the presence of intact burial or ritual deposits, together with environmental and structural evidence. Standing stones are often part of a larger cluster of monuments and their importance can be further enhanced by their group value.