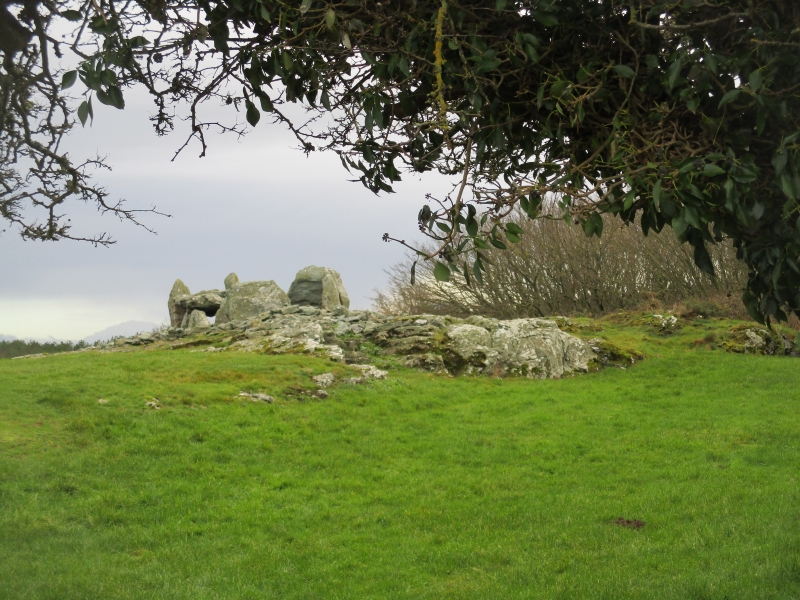 The monument comprises the remains of a chambered tomb, dating to the Neolithic period. This ruinous megalithic monument is situated on a long and almost bare rocky ridge. It was built in three separate stages from about 3750-3500 BC and may have been active until about 2250 BC. The structure was greatly damaged in the last decade of the eighteenth century and the cairn that surrounded the stones was largely removed in 1870. It was excavated in 1977-79 before being consolidated and restored for public viewing.

The monument was built over a scatter of occupation debris including flints and pottery. This was dated to about 3100 BC by a radio carbon determination. The first stage of the monument was a small chamber set in a cairn up to 4.0m across. It opened to the north via a short passage. The second stage saw a larger chamber built on the east side of the first stage monument, whose cairn was incorporated in a much larger wedge shaped cairn defined by drystone walling. The new chamber opened onto a recessed forecourt at the eastern end. In the third stage a new chamber was built in the second stage forecourt and the cairn was extended around it. This final chamber had tall portal stones on the east standing more than 2.0m high. Fragments of bone were found in this eastern chamber.