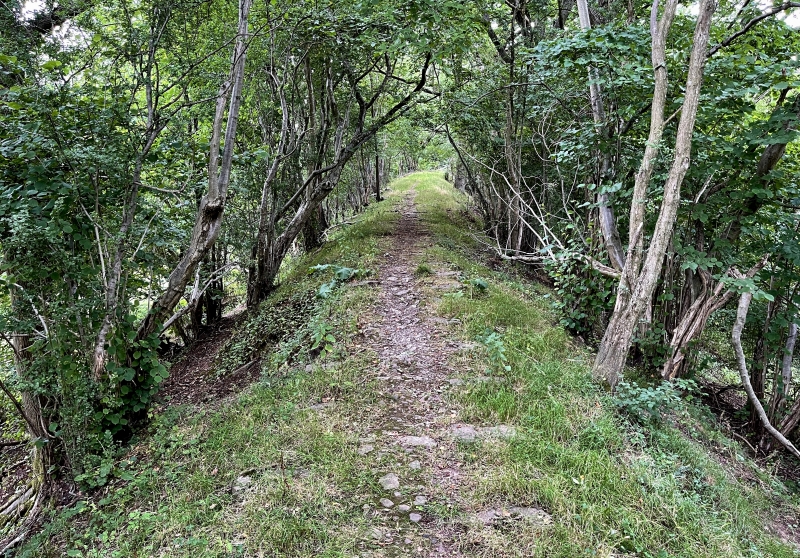 The monument consists of an earthwork or embankment, which carried the line of the Grosmont Railway across a broad shallow valley north of Llanvihangel Court. It comprises a steep sided bank 6m-8m high with a flat top around 2m wide. There are a number of sleeper stones still in place along the line of the embankment, many of which show the imprints of the chairs that would have held the rails in place. The Grosmont Railway was one of three interconnecting tramways running from Abergavenny to Hereford which opened in March 1814. The tramway closed in 1853 when it was replaced by the Newport, Abergavenny and Hereford Railway.

The monument is of national importance for its potential to enhance our knowledge of defensive, agricultural or settlement organisation. It retains significant archaeological potential, with a strong probability of the presence of associated archaeological features and deposits.