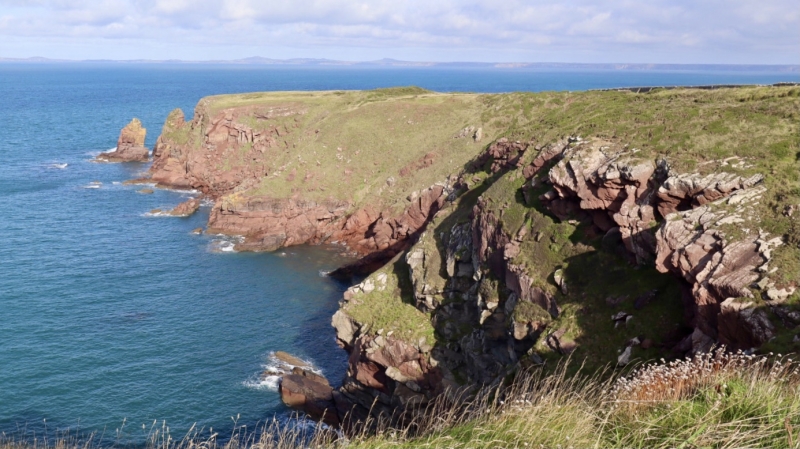 The monument comprises the remains of a defended enclosure, which probably dates to the Iron Age period (c. 800 BC - AD 43). The enclosure is located on a coastal promontory above 40m high sea cliffs to the north and west. To the east the enclosure is defended by an approximately 140m long system of triple banks and intermediate ditches consisting of an inner bank 14.5m wide and 3m high, outside of which is a ditch, then a slight central bank, another ditch and finally a slight outer bank, 9m wide and 0.8m high. The entrance is north of centre through the ramparts and here the inner rampart is flattened on its north side whilst on the south side there is a depression in the terminal suggestive of a guard chamber. Excavations in 1970 demonstrated the inner bank was of two phases; the first phase was of clay faced with stone; in the second phase the bank was heightened with stepped and revetted walls - murus duplex. A vestigial internal, oval structure, 11m by 9.5m probably represented a hut. Geophysical survey in 2015 demonstrated a linear formation of possible pits or post holes near the eastern edge of the interior facing the entrance, as well as a number of discrete areas of possible burning within the interior.