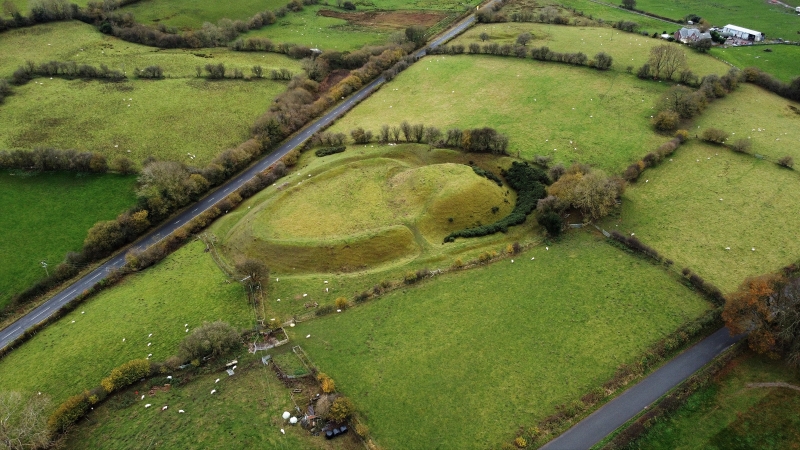 The monument comprises the remains of a motte and bailey castle, lying at the head of the Nant y Garth Pass, southwest of the village of Llandegla. The ditched motte lies to the northeast, and stands between 38-42m in diameter and between 4.9 and 7.8m high. The crescentic bailey is approximately 57m from east to west by 46m, and is defined by a bank and ditch. There is a continuous counterscarp around both the motte and the bailey. The castle’s construction is recorded in AD1149, and its destruction in 1157.

The monument is of national importance for its potential to enhance our knowledge of medieval defensive practices. The monument is an important relic of a wider medieval landscape. It retains significant archaeological potential, with a strong probability of the presence of both structural evidence and intact associated deposits.