A Scheduled Monument in Llandderfel, Gwynedd 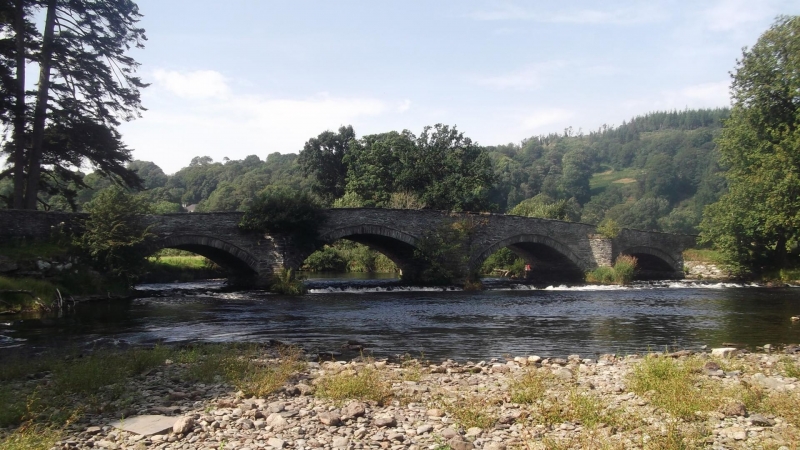 The monument consists of a fine road bridge of rubble construction, with four arches, and triangular cutwaters dating to the post-medieval period. It carries the Bala-Corwen road over the River Dee. The primary, downstream bridge probably dates to the second-half of the 17th century; this was doubled in width on the upstream side probably in the mid or third-quarter of the 18th century.

The monument is of national importance for its potential to enhance our knowledge of post-medieval building and transport. It retains significant archaeological potential, with a strong probability of the presence of associated archaeological features and deposits.