A Scheduled Monument in Llanidloes Without (Llanidloes Allanol), Powys 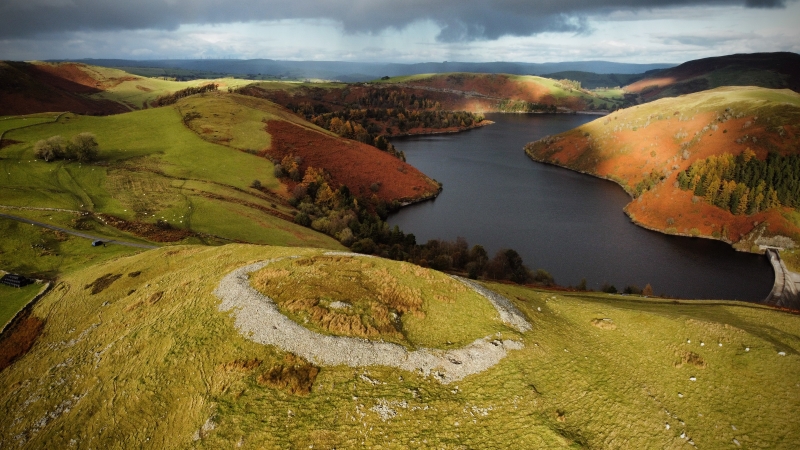 The monument comprises the remains of a hillfort, which probably dates to the Iron Age period (c. 800 BC - AD 74, the Roman conquest of Wales). Hillforts are usually located on hilltops and surrounded by a single or multiple earthworks of massive proportions. Hillforts must have formed symbols of power within the landscape, while their function may have had as much to do with ostentation and display as defence. Pen-y-Gaer Camp comprises a circular enclosure on the summit of Pen y Gaer. There is no sign of a surrounding ditch, but the whole summit is surrounded by a collapsed, dry-stone wall which has spread to a width of c. 10-13m and up to 0.5m high internally, although in most places it is level with the interior. The enclosure measures c. 68m N-S, internally, and 44m transversely, and encloses an area of c. 0.3ha. An entrance is visible in the south. There are very steep natural slopes to east and west, with more gentle approaches to north and south, defended by outworks. A modern cairn 4m x 1.4m high occupies the highest point in the SW corner of the enclosure.