Offa's Dyke: Section from Footpath south of Pen-y-Bryn to Orseddwen 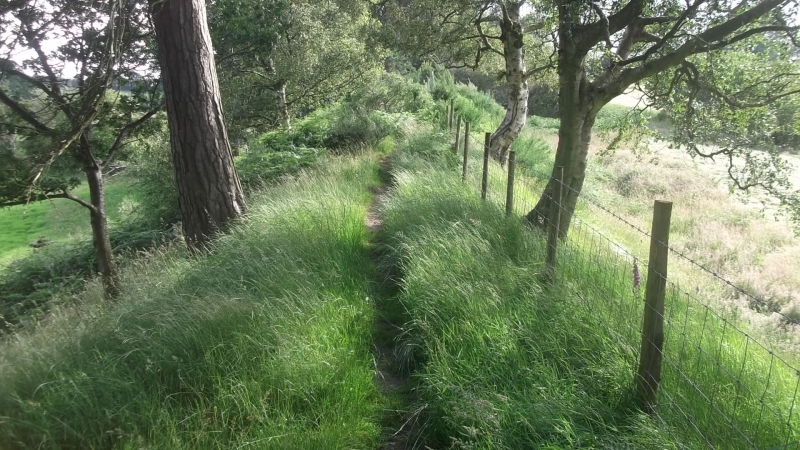 The monument consists of the remains of a length of Offa’s Dyke, a presumed 8th century AD defensive bank and ditch. It consists of a stretch of bank, with a ditch on the western side. This section of Offa’s Dyke climbs relatively steeply southward from the footpath south of Pen-y-Bryn. It passes between the two low summits east and west of Plas Crogen, before dropping down into the valley of Morlas Brook. The dyke then climbs again, passing to the west of Selattyn Hill to Orsedd Wen Farm.

This section of Offa’s Dyke forms the national boundary between England and Wales. It is crossed by several roads and tracks, and for much of its northern length it carries the Offa’s Dyke Path. It generally runs through cultivated and grazed agricultural land.

The monument is of national importance for its potential to enhance our knowledge of early medieval defensive organisation and settlement. It retains significant archaeological potential, with a strong probability of the presence of associated archaeological features and deposits. A dyke may be part of a larger cluster of monuments and their importance can be further enhanced by their group value.

The scheduled area comprises the remains described and the areas around them within which related evidence may be expected to survive.