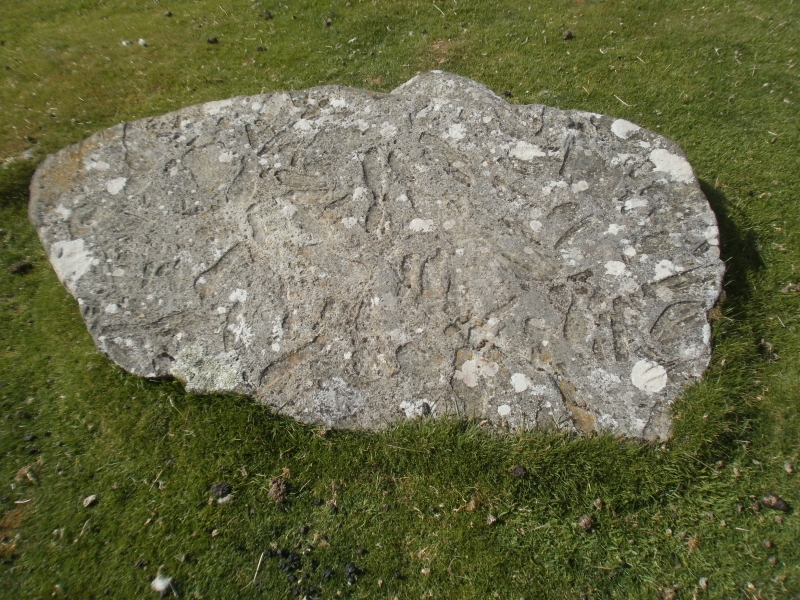 The monument consists of a linear earthwork, a substantial bank and ditch forming a major boundary between two adjacent landholdings. Most date from the late Bronze Age and Iron Age. Offa's Dyke, however, is known to date to the later 1st century AD. It runs roughly along the border between modern England and Wales. It is traditionally thought to have been built by the Mercian King Offa in the later 8th century, but recent excavations on a section near Chirk suggest that work may have begun at least two centuries earlier than this. This section is in two parts, A the section by Mill road and B the section by Wylcwm Brook. Section A stands to a height of c 1m, is grassed over, with little remaining of the ditch. Section B is used as pasture and stands to a height of c 2m above the ditch on the west. It is surmounted by a hedge and fence and is revetted with stone where it is cut at its southernmost end by Ffrydd Road.

The monument is of national importance for its potential to enhance our knowledge of early medieval defensive organisation and settlement. It retains significant archaeological potential, with a strong probability of the presence of associated archaeological features and deposits. The remains form part of the record of the line of the earthwork, and their importance is further enhanced by their group value.