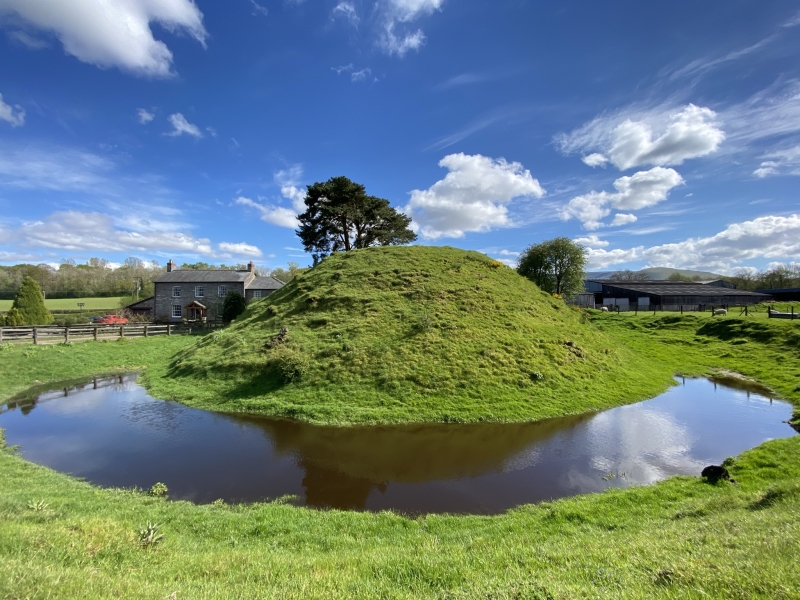 The monument comprises the remains of a motte and ditch, dating to the medieval period (c. 1066 -1540 AD). A motte is a large conical or pyramidal mound of soil and/or stone, usually surrounded by either a wet or dry ditch, and surmounted by a tower constructed of timber or stone. Modrydd (Old Manor Farm, Cilwhybert) is a moderate-sized motte 33m in diameter at the base and approximately 4.5m high, with steep sides and a flat summit 11m wide. The motte is surrounded by a ditch, 6m wide and 2m deep with a counterscarp on the western side. The ditch holds water on the northern and western sides. The modern farm buildings to the south of the motte are probably located on the site of the Bailey. Some small scale excavations undertaken in the past have revealed that the motte is largely made of river boulders.