A Scheduled Monument in Penrhyndeudraeth, Gwynedd 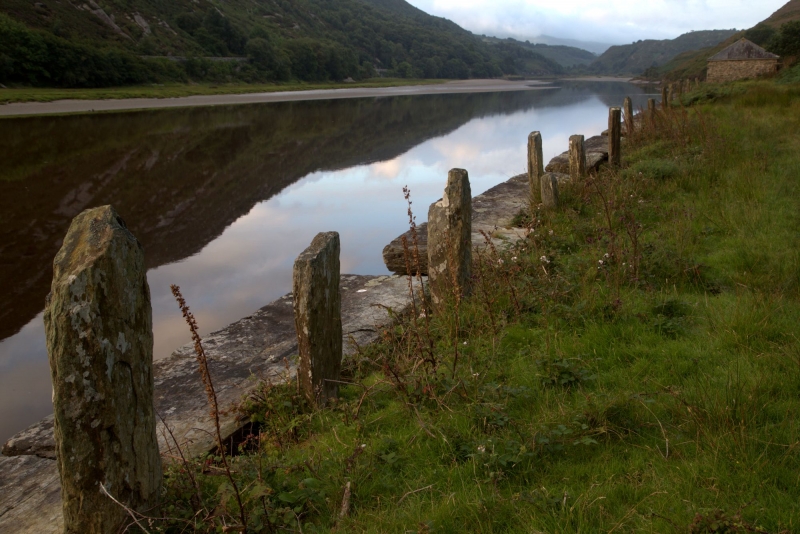 A stone-built quay, approximately 200m long, on the N bank of the Afon Dwyryd. The surviving remains, which are well preserved, include the quay, 23 sets of landing steps, slate tying posts, a slipway at the N end of the quay, two roofed buildings and a row of hitching posts for pannier ponies and cart horses. At this quay Ffestiniog slates were loaded onto flat-bottomed craft for transport downstream. Predating the Ffestiniog railway, it is perhaps late 18th century in date.

The monument is of national importance for its potential to enhance our knowledge of modern industry. It retains significant archaeological potential, with a strong probability of the presence of associated archaeological features and deposits. The structures themselves may be expected to contain archaeological information concerning chronology and building techniques.