A Scheduled Monument in Llanfihangel-y-Pennant, Gwynedd 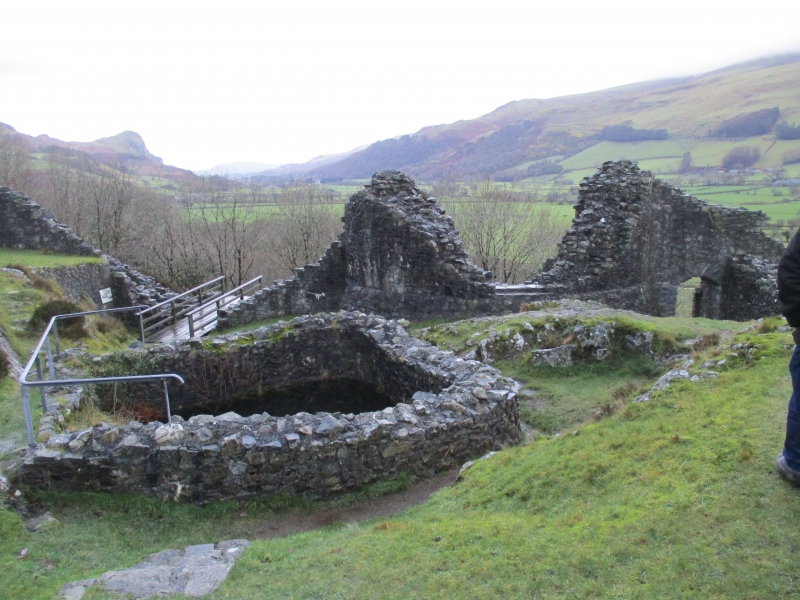 The monument consists of the remains of a castle, dating to the medieval period. It occupies a prominent rock outcrop near the head of the Dysynni valley, which at the time the castle was built carried an important route between the coast at Tywyn and Dolgellau. The castle is thought to have been built by Llewelyn ab Iorwerth of Gwynedd in 1221, to defend the southern borders of his kingdom. It was captured by Edward I in 1283, after which it was remodelled. A charter was granted for a borough in 1284, but no more is heard of either castle or borough after a siege during the Welsh rebellion of 1294. The ground plan displays features, in particular apsidal towers, in common with other Welsh-built castles in north Wales. There have clearly been alterations to the fabric, in particular the apparent addition of the southern apsidal tower, but these are difficult to date.

The ground plan of the castle is unusually long and narrow, constrained by the underlying rock. The masonry remains, which vary considerably in surviving height across the site, consist of a large inner ward, measuring c.60m by 40m overall, reached by complex entrance works on the south-west, with a large apsidal tower (c.18m by 10m externally) at its northern end and a smaller rectangular one (c.15m by 11m externally) at its southern. On its west, north of the entrance, are the footings of a small round tower (c.10m across externally), overlooking a tiny barbican, while a cistern or well lies immediately inside the entrance. Traces of further non-defensive rectangular structures abut the inner face of the curtain wall around this ward. To the south, beyond the rectangular tower, a possible extension to the initial plan includes the ‘ditch yard’ (c.18m by 15m), spanning a stretch of earlier rock-cut ditch, beyond which lies a further large apsidal tower, measuring c.24m by 13m externally. At points around the outside of the walls, particularly at either end of the ridge, additional stretches of rock-cut ditch survive.