A Scheduled Monument in Oban North and Lorn, Argyll and Bute 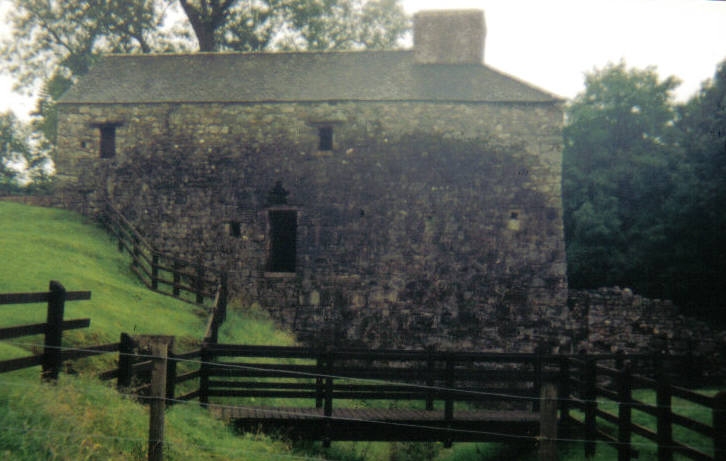 The monument comprises the standing and buried remains of Bonawe furnace, an iron blast furnace complex, dating form 1753 when it was established by the Newland Company of Cumbria, latterly the Lorn Furnace Company. The monument includes the furnace and its associated structures: storage sheds, lade, water storage ponds, trackway, pier and ground containing processing waste and slag heaps. The monument is located on low lying coastal ground on the south shore of Loch Etive.

The scheduled monument comprises five separate, irregular polygonal areas including the remains described above and an area around within which evidence relating to the monument's construction, use and abandonment is expected to survive, as shown in red on the accompanying map.

The national importance of the monument is demonstrated in the following ways (see Designations Policy and Selection Guidance, Annex 1, para 17):

a. The monument is of national importance because it makes a significant contribution to our understanding of the industrial development of Scotland as the most complete and well-preserved early industrial iron works in Scotland. It was one of the first major industrial enterprises in the Scottish Highlands and was established by Cumbrian ironmasters with a predominately Cumbrian workforce. The site therefore provides an important insight into a lesser known aspect of the Industrial Revolution in Scotland.

b. The monument retains structural, architectural, decorative or other physical attributes which make a significant contribution to our understanding or appreciation of the past. The complex is essentially complete except for the furnace hearth and machinery removed from around the furnace. Standing elements include the furnace house, storage sheds, canalised water course, water storage ponds and a pier. It also has high archaeological potential for buried features, artefacts and ecofacts. The wider site also includes early and rare surviving examples of purpose built housing for the iron workers (listed buildings LB52504 & LB52505).

c. The monument is a very rare example of a near-complete late 18th century iron production complex. It was the last charcoal iron furnace in production in Scotland when it closed in 1876.

e. The monument has research potential which could significantly contribute to our understanding or appreciation of the past, particularly the early Industrial Revolution in Scotland, the development of furnace technology and the industrial exploitation of woodlands for charcoal production.

This statement of national importance has been informed by the following assessment of cultural significance:

Bonawe Ironworks survives as a near complete iron smelting complex dating to the mid-18th century. It was the longest-lived charcoal-fired blast furnace in Scotland, remaining in almost continuous production for over 120 years (1753-1876). During that time there was little change in the production process, or in the design of the buildings themselves. The core of the complex comprises a charging house, furnace and stack, blowing house, wheel pit, casting house and to support their operation, three large storage sheds – two for charcoal and one for iron ore. The significance of the site not only comes from the survival of these original components but as an near intact industrial complex which illustrates how an industrial process, the smelting of iron, was undertaken.

The only other surviving charcoal-blast furnace that approaches Bonawe's completeness is Duddon Bridge Ironworks in Cumbria which operated between 1736 and 1871. The upstanding remains there comprise the blast furnace and its adjacent buildings, an iron-ore shed and two charcoal sheds. However, none of the associated housing survives. Bonawe does lack the furnace hearth, a feature also absent from Duddon Bridge. The sole-remaining furnace hearth surviving in Scotland is that at Craleckan Furnace, at Furnace, Loch Fyne (Scheduled Monument, SM2530), founded by the same company that built Duddon Bridge.

The surviving layout of the complex at Bonawe shows how the process was designed as an efficient gravity-fed system exploiting the topography of the site. The handling of materials was therefore highly efficient – at the top of the slope (from the charcoal and ore sheds) material was fed into the furnace system and at the bottom of the slope, the resultant pig iron was produced, ready to be taken to the pier for shipping. The pier and network of paths across the complex were vital in the movement of materials – inwards with charcoal from the surrounding forests and iron ore shipped in from Cumbria to operate the furnace and outwards the resultant pig iron, limited end products such as cannon balls and the by-products from charcoal production such as bark used by tanneries.

To power the complex, water from the River Awe was taken approximately one kilometre along a lade to the (now-removed) water wheel. Two ponds were built to augment this supply and these survive to the south of the main site. Underground piping connects them to the main complex.

The basic building construction of the furnace and sheds is not unusual – mostly of local coursed rubble, chiefly granite, bound in lime mortar. However, certain details clearly indicate the Cumbrian origins of the Newland Company, which was attached to Bonawe because of the extensive local woodland that could be managed to produce the vast amounts of charcoal required to fuel the furnaces. This Cumbrian connection is evident within the construction details of ironworks itself. Cumbrian 'greenstone' slate was used for roofing and West Cumberland red sandstone for the blowing arch and tap arch. In addition, there are constructional details that would not normally be found in the Scottish Highlands. Typical English Lakeland features include the slabstone drip-moulds that appear above some of the smaller windows and doorways and the practice of nailing the roofing slates onto narrow laths or battens in preference to the Scottish practice of using sarking boards.

The archaeological investigation of the site (close to the furnace area) has revealed surviving stratigraphic evidence and this highlights the wider archaeological potential of the complex. In the ground surrounding the furnace, there survives the remains of the industrial process – such as areas of clincker and slag, deposited across low lying land to improve conditions and mounded close to the furnace, respectively. There are also likely to be the buried remains of other buildings and structures and the evidence of all of the associated activities that took place here. There was, for example, a resident community who lived here in three separate areas of housing. A school, church and stables formed part of the outer complex here and the structural remains of these are likely to survive in the ground. With over 120 years of occupation, there is also a high probability of artefactual and ecofactual materials surviving in the buried horizons.

Industrial-scale iron production began in Scotland in the early 17th century and the complex at Bonawe used the same charcoal-fuelled blast process. However, even before Bonawe had been built in 1753, a newer fuel, coke, had been successfully used to smelt iron. Coke-fuelled furnaces were to ultimately outcompete the likes of Bonawe. The site is therefore significant as the last productive example of a particular type of industrial process – charcoal-fuelled blast smelting.

There are over 100 recorded ironworks in Scotland, and Bonawe is part of a smaller group of broadly contemporary 18th century ironworks. Two other examples can be found in Argyll; Craleckan Ironworks, Furnace (Scheduled Monument, SM2530, Canmore ID 23401) and Glenkinglass on Loch Etive (Canmore ID 23486). Together, these Ironworks represent a flourishing of industrial activity in the Highlands, largely built on the production of charcoal. In comparison to Bonawe, the other two Argyll Ironworks were relatively short lived because of factors such as increasing fuel costs and growing competition from coke-fired furnaces in the Lowlands.  As a result of its longevity, Bonawe stands out as one of the most successful 18th century ironworks in Scotland.

The complex at Bonawe extends beyond the scheduled monument and includes the intact remains of a manager's house (listed building LB12183) and two ranges of worker's housing, one of which incorporates the remains of a shop and bakery, (Listed Building LB52504 and LB52505). The survival of the workers housing is rare and adds to the significance of the site.

Bonawe is located on low lying coastal ground on the south shore of Loch Etive. This    provided easy maritime access to allow the importation of iron ore and the exportation of pig iron and cannonballs. However, the iron industry came to Argyll  because of the extensive woodland that was managed to supply charcoal to fuel the blast furnaces. The woodland supplying Bonawe was coppiced in order to provide a rotational crop of wood and the woodlands of Glen Nant still retain the remains of charcoal burning stances that supplied Bonawe. Bonawe's landscape setting therefore extended beyond the immediate site on the shores of Loch Etive to a much larger, semi-natural / industrialised landscape of woodland supply, charcoal production and iron smelting.

The Bonawe industrial site is associated with the commemoration of Admiral Lord Nelson. It was one of the first places where news of Nelson's death at Trafalgar, came ashore. A ship arriving at Bonawe (and thought to be collecting pig iron or possibly cannonballs from the furnace) is said to have brought the news having met with HMS Pickle in Falmouth, on her return from the battle with news of Nelson's death.  On hearing the news, the workforce took a prehistoric standing stone from a field near Airds Bay and re-erected it with an inscription commemorating Nelson on a hillock near Muckairn Parish Church, in Taynuilt (scheduled monument SM4077). This is believed to be the first memorial erected to Nelson.

The workforce at Bonawe comprised a mix of residential, local and seasonal workers. At the height of its annual operations, it is likely that a network of 600-700 people were involved. The Cumbrian owners of the site (originally started by Richard Ford as the Newland Company and later known as the Lorn Furnace Company) provided housing as well as a school and church, for their workers, who initially came from Cumbria.

RCAHMS, (1980) The Royal Commission on the Ancient and Historical Monuments of Scotland. Argyll: an inventory of the monuments volume 2: Lorn. Her Majesty's Stationery Office. Edinburgh, pp281-91.