Culloden Battlefield, Graves of the Clans, Cairn and Well of the Dead 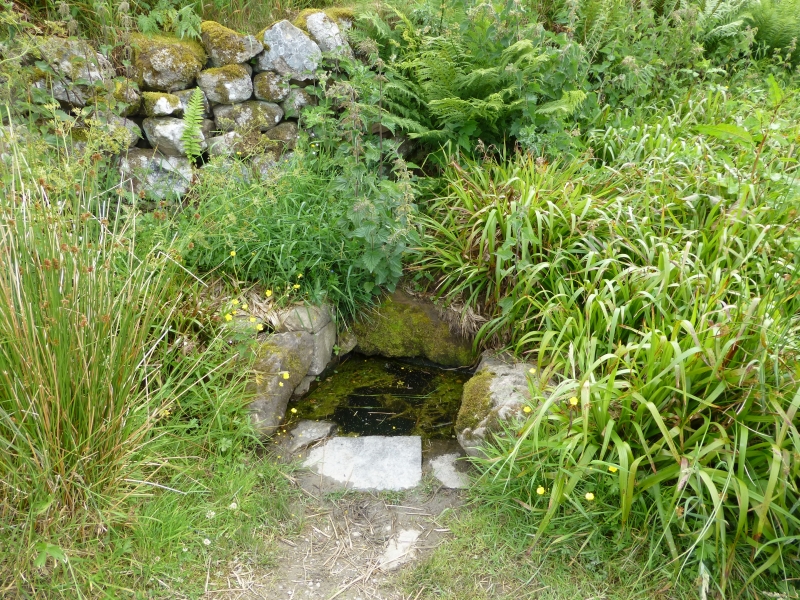 Entry Name: Culloden Battlefield, Graves of the Clans, Cairn and Well of the Dead

The monument comprises the Graves of the Clans, the Memorial Cairn and the Well of the Dead, all on the Culloden battlefield. The elements of the monument are 18th and 19th century in date, relating to the battle itself and to commemoration of it. The elements of the monument are visible as earthworks and upstanding structures. The original scheduling is difficult to interpret on the modern map and excluded the area of the former road (now removed); this re-scheduling clarifies the scheduled area.

The Memorial Cairn, erected in 1881 by Duncan Forbes of Culloden, is c. 5m in diameter and 5m high, constructed of large boulders laid in mortar. One of the stones is inscribed and two plaques are attached. There are signs of cement-mortar repair. The top of the beehive-shaped cairn is overgrown with vegetation.

The grave markers around the site, also erected in 1881, commemorate the Scottish clans involved in the battle. Inscribed stones have not been erected at all of the identified graves. Geophysical survey in 2001 showed that there were graves in the area.

The Well of the Dead is located at the E end of the area. It is rectangular on plan, with dimensions of 0.52 by 0.54m, and is bounded on four sides by boulders and a dressed stone.

The area proposed for scheduling comprises the monument described above and an area around it within which related features are likely to survive. It is irregular on plan, with maximum dimensions of 205m ENE-WSE and 85m N-S, and excludes boundary dykes, modern fences and the top 10cm of any existing footpaths.

The monument is of national importance because of its place in the national consciousness, as the graves and memorials of the Jacobite army at the Battle of Culloden, a critical part of Scottish and British history. The graves also have an archaeological value.

The Culloden Moor Memorial Cairn is listed as a Category-A Listed Building.

Inverness Courier 1932, INVERNESS COURIER GUIDE TO INVERNESS, CULLODEN MOOR AND CLAVA CIRCLES: THE OFFICIAL GUIDE FOR THE 1932 INVERNESS ADVERTISING BOARD.

National Trust for Scotland, THE BATTLE OF CULLODEN 1747: PICTORIAL RECONSTRUCTION OF THE BATTLEFIELD TOGETHER WITH A SHORT ACCOUNT OF THE ACTION AND SOME DETAILS OF THE TWO ARMIES INVOLVED.

Taylor I C 1996, CULLODEN: A GUIDEBOOK TO THE BATTLEFIELD WITH THE STORY OF THE BATTLE, THE EVENTS LEADING TO IT AND THE AFTERMATH.