A Scheduled Monument in Bonnybridge and Larbert, Falkirk 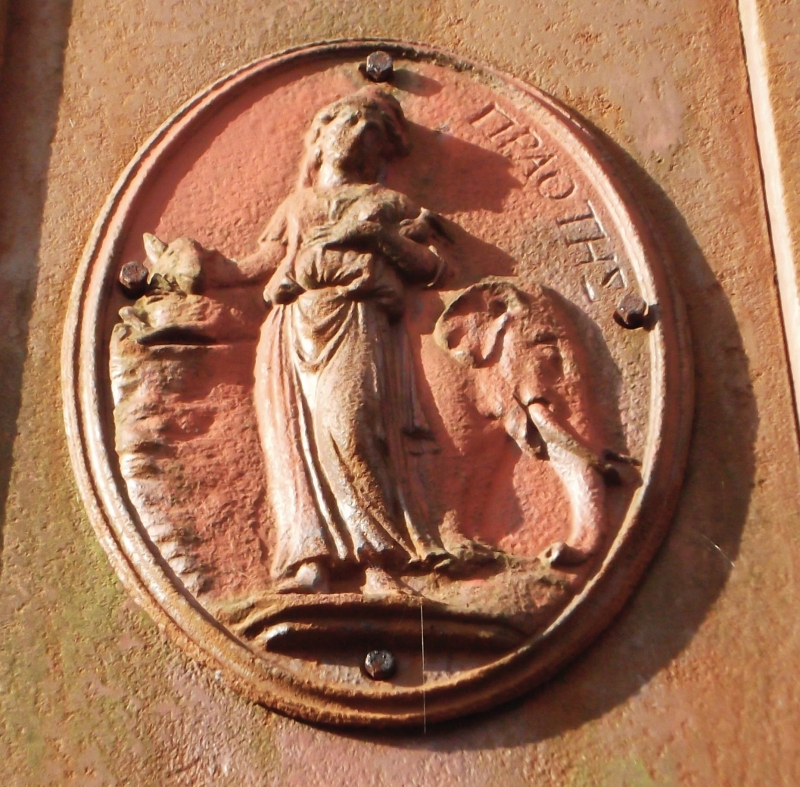 The monument comprises an iron obelisk, once painted to resemble stone, dating from the late 18th century. It commemorates the life of the explorer James Bruce of Kinnaird (d.1794) and his wife Mary (d.1785). Other family epitaphs have been inscribed at later dates. A rectangular block forms the base of the monument, above which the obelisk rises from four lions. Each of the four faces bears a medallion showing a representation of a female figure in relief, those on the N and S being identified by the accompanying Greek inscription as 'Hope'. The monument is topped by an elaborate classical lamp.

The area to be scheduled is a circle of 5m in diameter centred on the centre of the monument, to include the monument and an area around it (to safeguard it from accidental damage) as marked in red on the accompanying map. Excluded from the scheduling is the top 30cm of the car park surface, to allow for its maintenance.

The monument is of national importance as a fine example of a late 18th-century iron obelisk which has the potential to add to our knowledge of the applications of cast metal technology and the typology of monumental design.