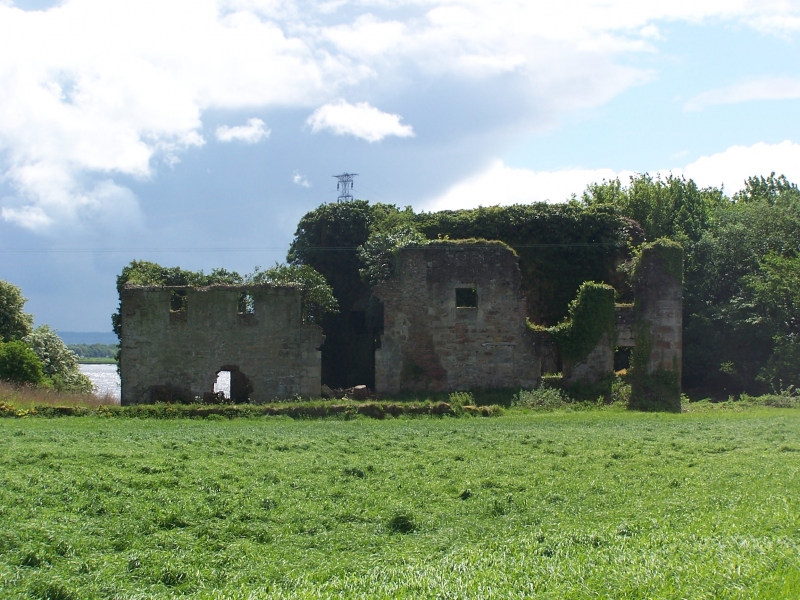 The monument consists of the roofless remains of a large distillery built in the 1770s to supply malt spirit to the London gin distillers. The main block is 3 storeys in height, with 1 and 2 storey buildings adjoining. There is an engine room for an early steam engine. To the SW of this is a group of buildings, now reduced to exterior walls, which were almost certainly maltings and bonded stores. In the angle between the two blocks are the piled remains of

a wooden pier used for shipping spirit both from Kennetpans and from the nearby Kilbagie distillery, and later used for shipping coal. To the east are remains of a stone quay, and an earth mound, probably a ballast bank. Kennetpans closed in 1825, and was later used as a store. By the early 1900s the buildings were roofless. Despite long abandonment the complex gives a remarkably complete picture of the scale, layout and construction of a major 18th century industrial enterprise.

The area to be scheduled is approximately 190m by 190m overall and includes all of the features described together with surrounding land and the mouth of the adjacent creek. It is bounded on the S by the Forth, on the E by a line running around the perimeter of the ballast bank, on the N and E by a drainage ditch and by a line 10m beyond the

The large-scale distilleries of E central Scotland were in the 1770s and 1780s among the largest capitalist enterprises in Scotland. Most survived to be converted into grain whisky distilleries in the period 1825-50, and were subsequently modernised from time to time. Others were demolished or converted to new uses, such as the neighbouring Kilbagie, for many years a paper mill. Though ruinous, Kennetpans is now the most complete survivor of these once economically important concerns, which helped to transform the economy of the region by converting barley from improved agriculture into high-value spirit, by encouraging growth of local coal-mining, and by providing nutritious by-products for the large-scale rearing of cattle and pigs. Its location where a stream-mouth keeps open a navigable channel into the Forth illustraes the importance of water transport for a large industrial unit at that time, and the steam engine house is one of the earliest of its type in Scotland. For these reasons the monument is unquestionably of national importance.