A Scheduled Monument in Highland, Perth and Kinross 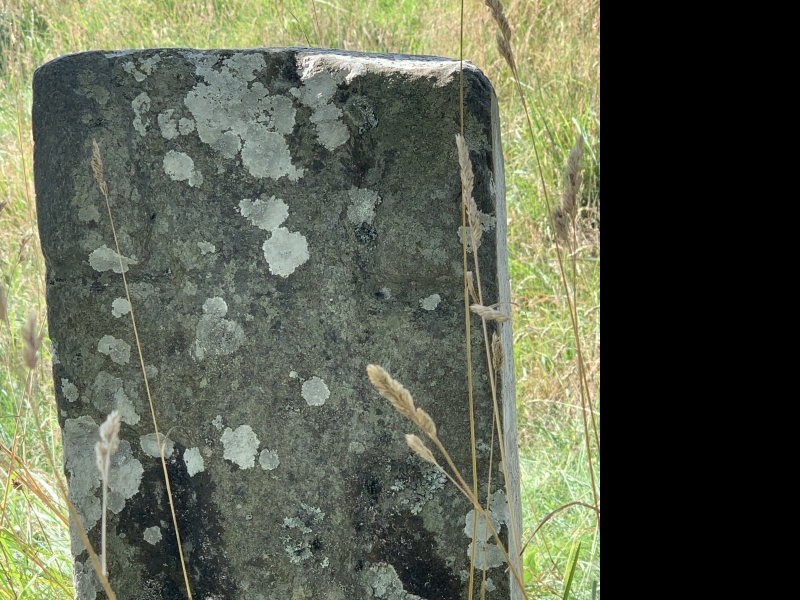 Of the chapel, only the external face of the E gable can be seen, the remaining walls being greatly reduced, but several stones protruding through the turf on the S side suggest a building 6.4m N-S by 9m E-W overall, with walls 0.9m thick. A stone slab, with an incised latin cross on either side, has been cemented in an upright position to the E end of the chapel.

The footings of at least five rectangular, stone-built houses cover an area to the S of the chapel. The corn- drying kiln is c.15m to the N of the church. About 40m N of the chapel is the (dry) mill dam, which supplied water to the chapel mill. This building, situated approximately 40m E of the chapel, is reduced to its foundations.

The area to be scheduled is irregular, measuring a maximum of 130m N- S by 90m E-W, to include the above mentioned structures but specifically excluding the track passing between, as shown in red on the accompanying map.

The monument is of national importance as the site of continued occupation from the medieval to the early modern period. Its evolution as a settlement and significance as a resting and provision point on the old track from Pitlochry to Strathtay may be clarified through a combination of historical research and archaeological excavation. It incorporates a complex group of structures which have the potential to provide evidence which is likely to contribute to our understanding of ecclesiastical architecture, the nature of rural settlement and industry and the agricultural economy.