Round barrow on Stony Rigg, 460m south of Greenlands Farm 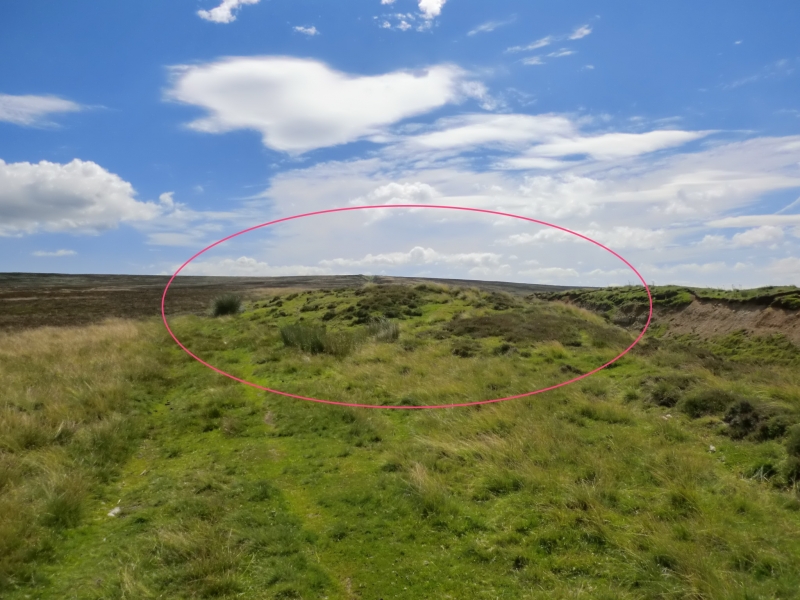 The monument includes a round barrow which occupies an area of level
ground in a prominent position on the North York Moors. It is situated on
the northern edge of a line of whinstone quarries along the Cleveland
Dyke.

The barrow has a well-defined sub-circular mound constructed from earth
and stone, which measures up to 18m in diameter and stands up to 1.5m
high. The surface of the mound is irregular because of burrowing by
rabbits. To the south of the barrow, the northern edge of the whinstone
quarries curves to the south to go around the mound.

The barrow lies in an area where there are many other prehistoric
monuments, particularly burials, which are often located in prominent and
highly visible locations in the landscape.

The round barrow on Stony Rigg, 460m south of Greenlands Farm, is in a
good state of preservation, despite limited disturbance by rabbit
burrowing. Unlike most of the barrows in this area, it does not appear to
have been excavated in the past and it will therefore have undisturbed
archaeological deposits in the centre relating to the primary burials,
which are less likely to survive in the part-excavated barrows. Evidence
for earlier land use and the contemporary environment will also survive
beneath the barrow mound. The barrows lie in an area where there are many
other prehistoric burial monuments. The association with similar monuments
provides insight into the distribution of ritual and funerary activity
across the landscape during the prehistoric period.