A Scheduled Monument in Titchfield, Hampshire 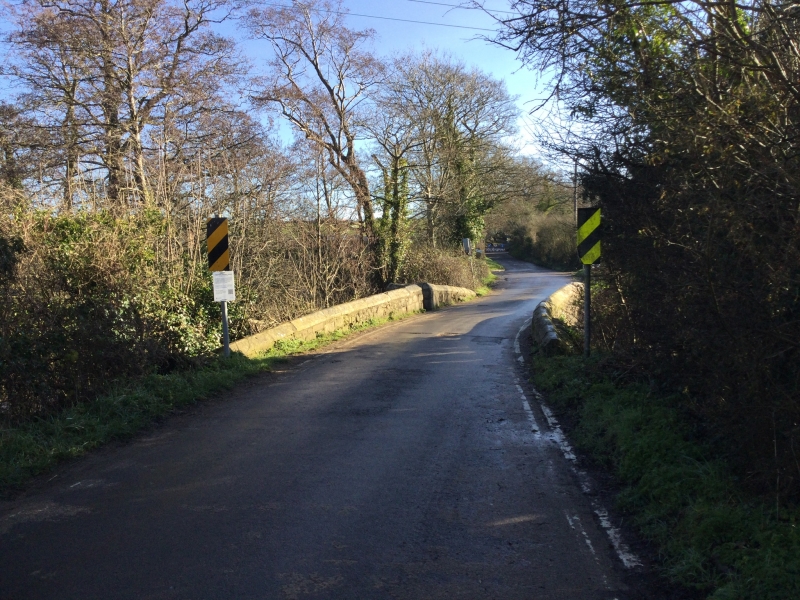 The monument includes Stony Bridge, just to the north of Titchfield, a
stone bridge largely post-medieval in date but with medieval fabric, spanning
the River Meon along the road to Catisfield. It is Listed Grade II and is
also known as the Anjou Bridge, as it is associated in local tradition
with the marriage of Henry VI and Margaret of Anjou in 1445. Stony Bridge is
situated about 100m east of the entrance to the former Premonstratensian Abbey
of St Mary and St John, and replaces a bridge built by the monks during the
14th century, which was probably made of stone piers and a wooden parapet.
The antiquary, John Leland reports that the bridge was made of wood when he
crossed it in 1542. Stony Bridge was rebuilt in stone during the 17th century
under Henry, the 3rd Earl of Southampton, whose grandfather had acquired the
Abbey, from then on known as Place House, after the Dissolution of the
Monasteries. Henry commissioned a survey of the estate, on which he had
undertaken major works, and the 1610 map produced as a result shows `Stoney
Bridge'. Local knowledge suggests that the date `1625' was inscribed on the
bridge, but this is no longer visible.
Stony Bridge is made of roughly coursed stone and comprises two arches,
each with a 2.7m span. The western arch is segmental in shape, while the
eastern is slightly pointed. The coped parapet is slightly humped and
above the cutwater on the upstream (north) side is a small refuge for
pedestrians. The space in between the parapets is about 3.5m and at the
end of the parapets are stone buttresses. At the western and eastern
terminals, the area of protection includes a 3m margin to protect the
remains of the contemporary road surface, where this survives beneath the
modern road.
Excluded from the scheduling are modern lamp and sign posts, as well as
the modern tarmac surfacing of the carriageway across the bridge and the
parapets above the level of the road surface, although the bridge fabric
below them is included.

Stony Bridge, Titchfield is well-preserved, despite saddling at an unknown
date, and its remains will provide evidence of its two main construction
phases during the 14th and 17th centuries. Its significance is further
enhanced by its association with Titchfield Abbey, and the later Place
House, providing an insight into the spatial organization of the area in
the medieval and post-medieval periods. Deposits preserved underneath the
bridge and its abutments will contain valuable artefactual and
environmental evidence, shedding light on the human and natural history of
the site prior to construction.