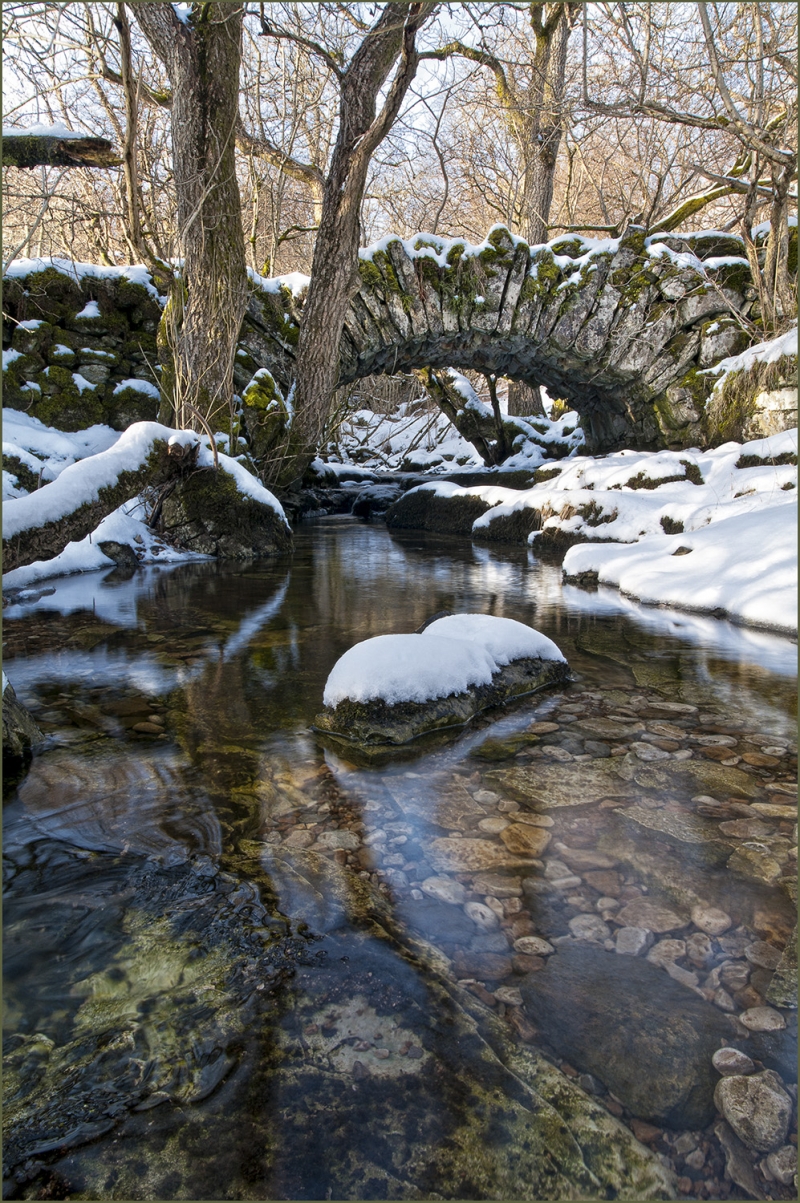 The monument includes a single span packhorse bridge that crosses Crook
Gill just before its confluence with Cray Gill which subsequently joins
the River Wharfe 700m to the south. The bridge lies roughly halfway
between the hamlets of Cray and Hubberholme.

The bridge lies on an old packhorse route from Bishopdale into Wharfedale.
It is constructed of undressed limestone slabs. The single arch is a very
shallow segment with a span of just over 4m. The bridge is about 1.7m wide
and lacks parapets, although some of the arch stones extend upwards to
form an intermittent kerb. The bridge is approached from either side by
roughly built stone causeways each up to approximately 9m long. These are
also included in the monument. The deck of the bridge and causeways are
cobbled.

The bridge across Crook Gill is a good, unmodified example of a typical
packhorse bridge. It retains the character of similar rustic bridges built
from the late medieval period onwards. Unlike many such bridges in the county,
it has not been redecked in modern materials or had parapets added.

Books and journals
Hinchcliffe, F A , A Guide to the Packhorse Bridges of England, (1994)