A Scheduled Monument in Osmington, Dorset 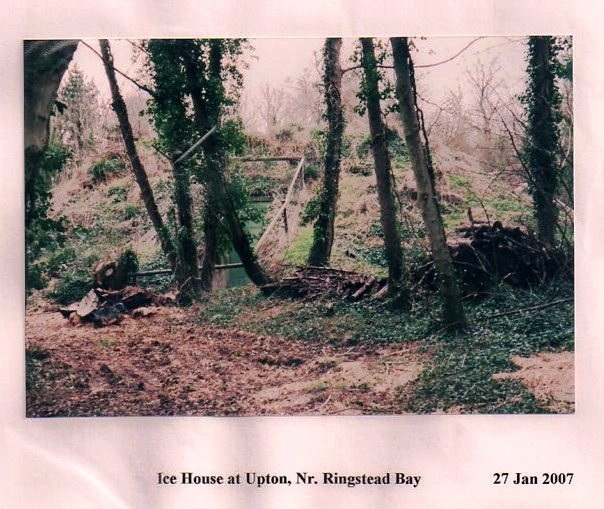 The monument includes an icehouse situated on a west-facing slope immediately
west of the medieval settlement remains of Rigstead, which are the subject of
a separate scheduling.
The icehouse, which occupies an artificial terrace cut into the hillside, has
a flint-built chamber with maximum dimensions of 3m square. This chamber is
covered by a mound composed of earth, stone and turf, with maximum dimensions
of 9m from east to west, 12m from north to south and about 1.5m in height.
Access to the chamber was provided by a door on the northern side, served by
an external open-topped passage, aligned east-west, providing access to the
stream to the west. The passage, which extends for 6m, occupies the northern
end of the terrace. The truncated bank of the natural slope has been revetted
on the northern side of the passage by a flint-built wall. At the eastern end
of the passage an archway extends across linking the top of the icehouse mound
with the natural slope to the north.

The icehouse at Ringstead, 660m south west of Pit House, survives well and
represents one of only two examples of this form known in Dorset. It is also
unusual as it is one of the smallest examples known in the county and the only
one known to have been situated in close proximity to the coast. The absence
of a closely associated mansion indicates that this example was most likely
designed to serve the needs of the local fishing community during the 19th
century.