A Scheduled Monument in Wixford, Warwickshire 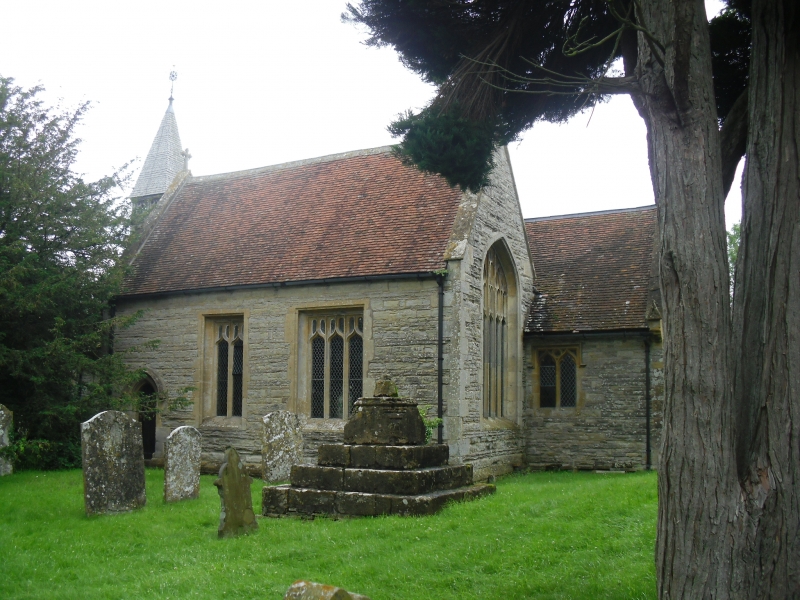 The monument includes the remains of a standing stone cross located in
St Milburga's churchyard approximately 3.5m south of the south eastern corner
of the south aisle. The cross, which is Listed Grade II, is medieval in origin
with later additions. The monument includes the base, of three steps and the
socket stone, and the shaft, all of limestone.

The base of the cross includes three steps of square plan and constructed of
blocks of stone. The bottom step measures 2.6m square, and together the three
steps stand approximately 0.9m high. Set on the top step is the socket-stone,
a single block measuring 0.9m square at the base with moulded and chamfered
corners rising to a top of octagonal section. Fixed in the socket stone are
the remains of the medieval shaft, 0.25m square in section at the base with
chamfered corners rising in tapering octagonal section to a height of 0.3m. On
the top of this section of shaft is an integral rounded tenon on which the
upper part of the shaft would have been fixed. The upper part of the shaft and
the cross-head are no longer in place.

The gravestones which lie immediately to the north and south of the cross are
excluded from the scheduling, although the ground beneath them is included.

The remains of the churchyard cross in St Milburga's churchyard represent a
good example of a medieval standing cross with a stepped base. Situated to the
south of the south aisle it is believed to stand at or near its original
position. Limited disturbance in the area immediately around the cross
indicates archaeological deposits relating to its construction and use in this
location will survive largely intact.