Icehouse and ponds at Hanbury Hall

A Scheduled Monument in Hanbury, Worcestershire 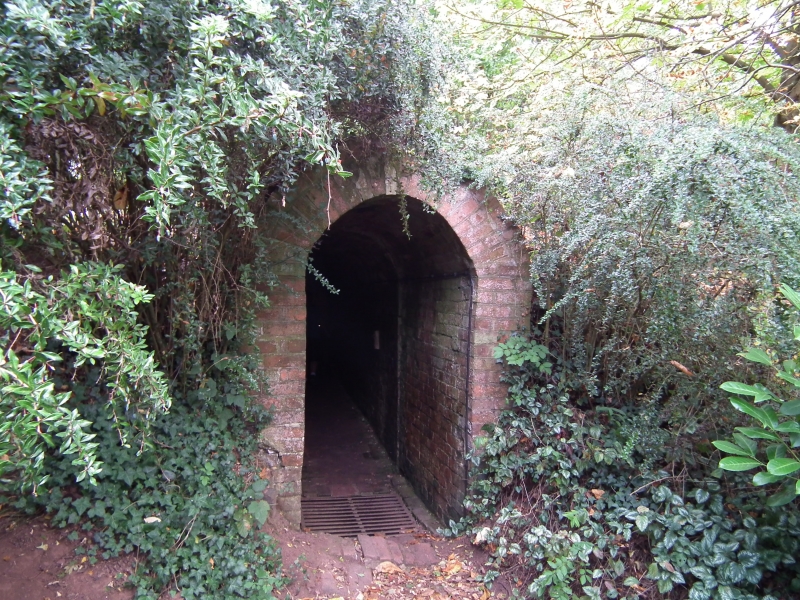 The monument includes the standing, buried, and earthwork remains of the
18th century icehouse, associated ponds and ice freezing pool, at Hanbury
Hall. The icehouse and ponds are within two separate areas of protection.
The icehouse, which is a Listed Building Grade II, consists of an 8.4m long by
1.8m high brick lined and barrel vaulted entrance passage with a drain. An
iron grille serves as an entrance to the passage, which leads to a large brick
lined conical chamber with a central drain at its base. The ice chamber is
3.5m diameter at its flat base, and 4.8m in diameter at the springing point
for the domed roof which rises to 6m from the base. The chamber is partly
subterranean with its base some 3.5m below ground level. The entrance passage
slopes from ground level down 0.5m where it joins the chamber. The roof of the
chamber contains a centrally located loading hatch.
The entrance passage and chamber are covered by an earthen mound of oval plan,
measuring up to 20m long by 10m wide, and up to 4m in height over the dome,
sloping to 2.5m high over the entrance passage.
It has been calculated that the icehouse could contain between 24 and 33 tons
of ice.
Approximately 50m to the west of the icehouse and lying within a separate
area of protection is a series of three ponds. The two upper ponds are still
water filled and the lower, shallow ice freezing pool is dry. These ponds run
in a slight arc to the north west and are terraced into the slope with the
upper pool to the south and the lower pool to the north.
The ponds are retained by substantial dams, which are believed to retain the
remains of timber sluices and iron filter grilles.
Water could be let down from the upper two pools to fill the lower, shallow
ice freezing pool. The upper pool measures approximately 40m by 40m by up to
2m deep and is sub-rectangular in shape. The middle pool measures
approximately 45m by 35m by up to 2m deep. It is rectangular in form and is
approximately 2m to 3m below the level of the upper pool. The dams are
approximately 1m to 2m above water level by 1m to 2m wide.
The lower pool measures approximately 60m by 40m by up to 1.5m deep and is
defined by external banks and a dam.
To the immediate north of the icehouse, and between it and the ponds, is a
walled enclosure containing a number of brick outbuildings and a keeper's
cottage. The enclosure, outbuildings and cottage are not included in the
scheduling.
All modern fencing and surfaces are excluded from the scheduling, although the
ground beneath these features is included.

The icehouse and ponds at Hanbury Hall survive as a well-preserved 18th
century example of this class of monument. The ability to provide the house
and estate with its own ice was of both economic importance and a measure of
social status, providing an insight into the lifestyle of the occupants of the
house. The survival of the associated ponds and ice freezing pool is unusual
and will increase our understanding of domestic ice production and the
relationship between production and storage. In addition, the ponds will be
expected to preserve waterlogged remains which will provide environmental and
artefactual evidence relating to their use.