A Scheduled Monument in Ripponden, Calderdale 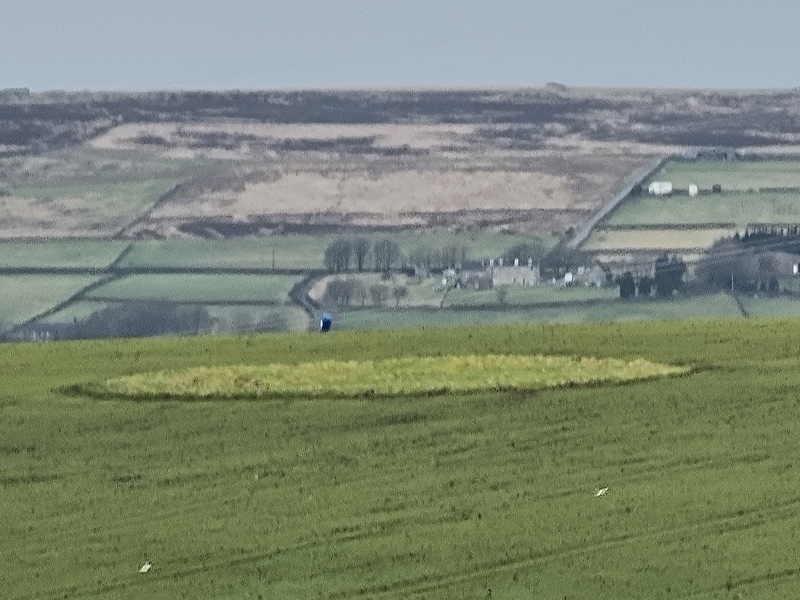 The monument includes a cairnfield on Ringstone Edge Moor, Barkisland. There
are at least seven cairns up to 7m in diameter. The majority have been
ploughed almost flat, but are visible as slight mounds in the improved
pasture. However, the two northernmost cairns lying outside the area of
improved pasture survive to a height of approximately 0.2m.

Although the cairnfield on Ringstone Edge Moor has been damaged by ploughing
it will retain important archaeological information and may preserve burials
in the form of cremations. It is one of several prehistoric sites on Ringstone
Edge Moor.