Motte castle and associated earthwork SSW of All Saints Church

A Scheduled Monument in Shawell, Leicestershire 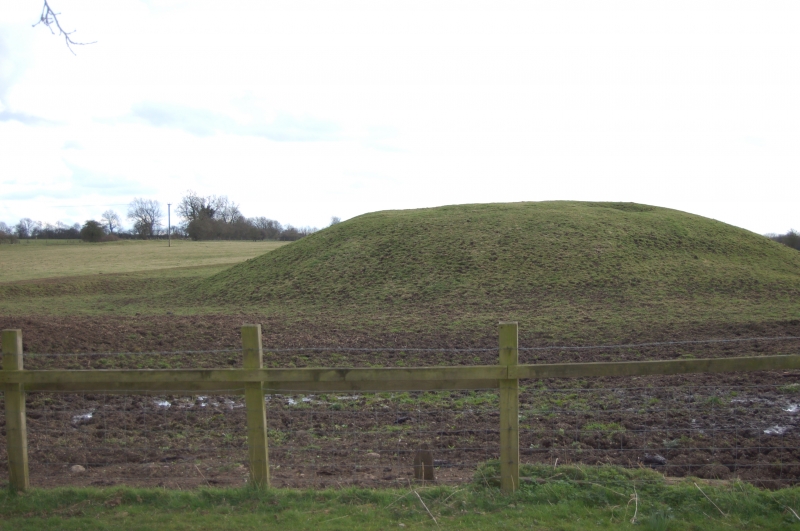 The monument at Shawell is situated 75m south of the church, between
Lutterworth and Rugby near the southern boundary of Leicestershire, and
includes two protected areas.
The motte comprises a circular, flat-topped mound and surrounding ditch. The
mound is 3-4m high and 35m diameter with an area 10m in diameter on the top.
The ditch measures 7m wide and 1.5m deep on the south side but is not visible
north of the motte. Twenty metres to the south of the motte is a smaller
circular mound, approximately 20m in diameter and 1m high, which is the
only remaining feature of a series of defensive earthworks known to have
existed in the vicinity of the motte castle.

Shawell motte castle is a well preserved example of a Leicestershire motte.
Remains of part of the original outlying castle defences also survive and
indicate the extensive nature of the medieval earthwork.

Books and journals
Page, W, The Victoria History of the County of Leicestershire: Volume I, (1907)