A Scheduled Monument in Akeld, Northumberland 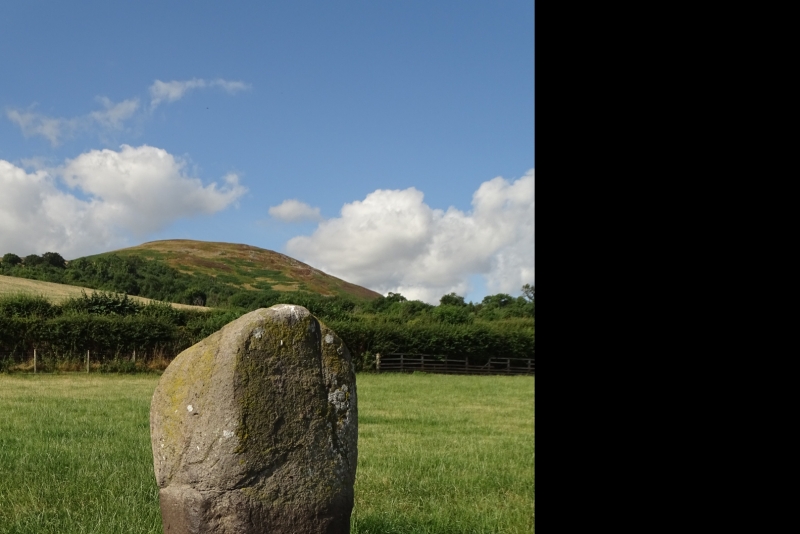 The monument includes a standing stone of Bronze Age date situated at the base
of Humbleton Hill in a gently sloping field. The standing stone is 1.8m tall
by 1m broad and is 1m thick. The stone is granite and has a weathered
appearance. It is traditionally associated with the Battle of Homildon Hill in
AD 1402, but it is interpreted as prehistoric in origin and associated with a
Bronze Age cist discovered in the 19th century several metres to the west.

The Battle Stone is reasonably well preserved. It is an undisturbed example of
an uncommon feature in the Northumberland landscape. The importance of the
monument is enhanced by the discovery of an adjacnent Bronze Age burial.