A Scheduled Monument in Withington, Gloucestershire 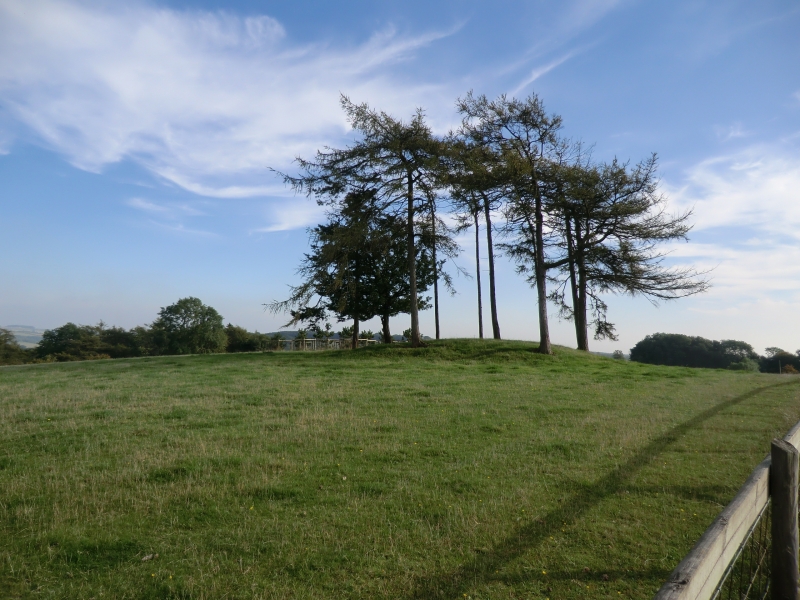 The monument includes a bowl barrow known as St Paul's Epistle Mound on the
crest of a hill in the Cotswolds. The barrow mound is square in shape and
measures 11m by 11m and about 1.2m high. Surrounding the mound is a ditch from
which material was excavated for the construction of the barrow. This is no
longer visible at ground level, but survives as a buried feature about 2m
wide. The square shape of the barrow is thought to be due to ploughing around
the edges of the mound at some time in the past. It has been suggested that
the barrow gained its name by being the place where an epistle of St Paul was
read during the beating of the parish bounds. There is a second local
tradition that Bishop Hooper preached from the mound before being burnt as a
heretic in Gloucester.

St Paul's Epistle Mound survives well in a stable situation in an area of
prehistoric activity, with a second round barrow less than 1km to the south
east. The barrow mound will contain evidence for primary and secondary
burials, along with grave goods, which will provide information about
prehistoric funerary practices and about the local community at that time. The
mound will also preserve environmental information in the buried ground
surface predating the construction of the barrow, and provide evidence for the
landscape at the time of the barrows construction. In addition, the mound and
its surrounding ditch will contain environmental evidence in the form of
organic remains, which will relate both to the barrow and the wider landscape.